Cary Gastroenterology Associates | Colon Cancer on the Rise in Young… 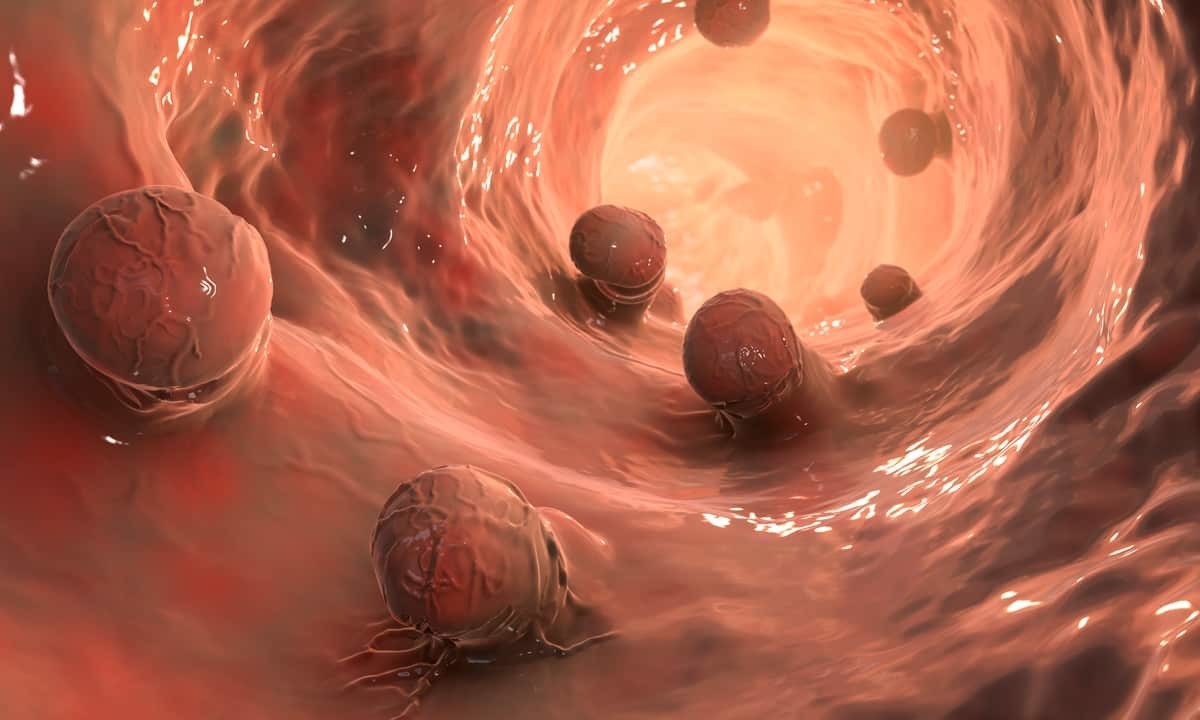 Both the American Cancer Society and the National Cancer Institute have identified changes in the number of Americans who are diagnosed with colorectal cancer. While rates of colorectal cancer are dropping in people 65 and older, they are surprisingly rising in younger age groups. In fact, since the 1990s, incidence of colorectal cancer has doubled in younger adults under the age of 50. Sadly, the death rate among young adults is also increasing.

Because colon cancer and rectal cancer are in close proximity and are so similar in how they progress, they are often referred to collectively as colorectal cancer. As with any type of cancer, colorectal cancer begins as an abnormal overgrowth of cells on the inner lining of the colon or rectum. Sometimes an overgrowth develops but then remains small and benign; in other cases, however, it turns cancerous and continues to grow. Eventually these cancerous cells can metastasize and spread to other parts of the body.

Colorectal cancer typically starts as a particular kind of overgrowth called a polyp. Polyps project from the epithelial lining of the gastrointestinal tract, but most people will be totally unaware of their presence. In most cases they don’t cause symptoms, though some rare situations where they can cause rectal bleeding or other bowel motility problems. If polyps are detected early enough, they can be easily removed before they have the chance to turn cancerous.

If a precancerous polyp isn’t detected, it will continue to grow bigger and deeper into the colon wall as a tumor. The mass of cancerous cells will keep spreading until it is able to connect with blood or lymph vessels. If the tumor hasn’t been removed at that point, the cancerous cells will escape the area and move to the lymph nodes and other parts of the body via the bloodstream. At that point, the cancer is much more difficult to stop and will start to impair body functions.

It’s hard to predict when and how colorectal cancer will present particular symptoms, and that’s why it’s important to get screened on a regular basis. For most patients, though, symptoms won’t begin showing up until later stage cancer. At that point the symptoms that do present are also reminiscent of other gastrointestinal conditions. Even though doctors don’t diagnose any kind of gastrointestinal cancer based primarily on symptoms, it is helpful to know some common examples:

Like with other types of cancer, the cause of colorectal cancer is still not fully understood. Cancer begins on the cellular level with mutations occurring in our DNA; two types of genes, oncogenes and tumor suppressor genes, appear to be involved in the mutation. Oncogenes control cell division and tumor suppressor genes regulate excessive cell growth. It isn’t known what precisely causes such a mutation, but the impairment of these genes is the primary mechanism of cancer growth.

Oncologists and gastroenterologists have been able to identify a number of risk factors that make a person more likely to get colorectal cancer. Some of these are inherited genetically and some are related to lifestyle choices that can be modified to decrease risk. Yet even with those factors related to a family history of colorectal cancer, being aware and mindful is beneficial because it can be a motivation to get screened regularly. Below are some of the main factors that put a person at above-average risk of getting colorectal cancer:

Why Are More Young Adults Getting Colon Cancer?

As for what is causing the specific increase in young-onset colorectal cancer in recent years, doctors and researchers still don’t know. Studies have shown, however, that only around 20% of early-onset cases can be explained by inherent factors. This points to a variety of lifestyle factors like smoking and alcohol use that are increasing the risk for many younger people. Researchers continue to explore what other reasons might be at play.

While obesity has long been known as a risk factor for cancer and many other diseases, it’s only more recently that doctors have begun to discover that several gastroenterology-related factors are likely also in the mix. An American-style diet high in processed foods and low in fruits, vegetables, and fiber may be significant. Diet and other related concerns, like stress and a sedentary lifestyle, can all likewise have an impact on gut bacteria and gastrointestinal inflammation.

An additional avenue of research into why more young people are developing cancer is certain chemical elements in the environment that may turn out to be more important than previously thought. Still, though, one of the biggest differences in rates of colorectal cancer between adults and young adults is the regularity of colon cancer screenings. Because of the informational campaigns and awareness raised over the years, more and more older adults are opting in to screenings. This allows polyps and other abnormal growths to be identified early on, when treatment is relatively simple and minimally invasive.

In order to categorize and clarify treatment options for the progression of colorectal cancer, doctors use a staging system that ranges from stage 0 (early) to stage IV (advanced). Below is a breakdown of the different stages and what options are available to a doctor:

As noted earlier, the absolute best way to give yourself peace of mind and lower the chances of developing cancer is by getting screened regularly. The American Cancer Society’s screening guidelines recommend that everyone over the age of 45 get screened for colorectal cancer—but note that while the number of insurance providers to cover screenings beginning at 45 has increased, you will still want to check with your individual provider. It is then recommended to get regular follow-up screenings until age 75. For patients over 75, the decision of whether or not to continue being screened will be based on a person’s individual situation.

Given the rise in cases among young adults, the standard guidance may not be as applicable. Especially in young patients who have a family history of colorectal cancer, screenings earlier in life may be necessary. If you are nearing your 45th birthday and haven’t thought about getting screened yet, or if you think you might have a family history, contact us at Cary Gastro to request an appointment. We’ll be happy to answer all your questions about the procedure and set up a time for you to get screened.