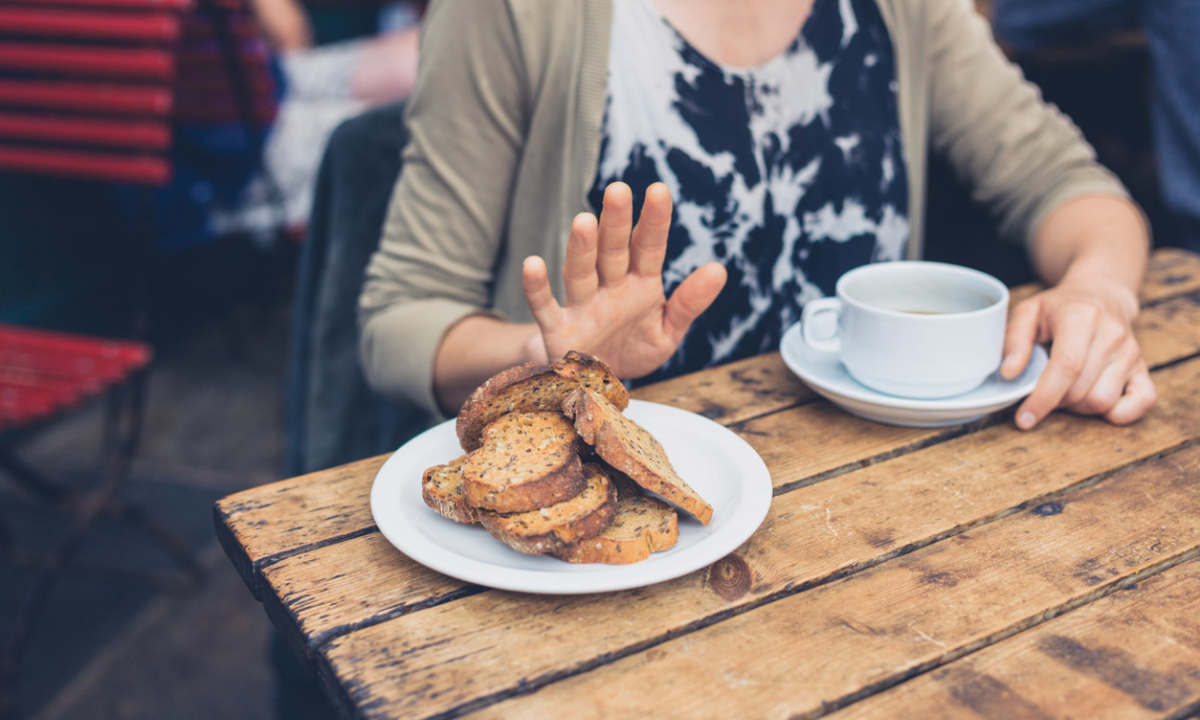 No Judgment For Celiac

As gluten-free options become increasingly more available, those diagnosed with celiac disease can breathe a little easier. In most cases, they can now join their friends celebrating a promotion at a favorite Italian restaurant and order a pasta dish rather than a salad. But gluten-free substitutions are not just a trendy choice for those with celiac—they are a necessity. If your celiac friend consumes even a tiny bit of wheat, barley, or rye, his or her immune system begins attacking the small intestine. If damaged, the small intestine cannot absorb nutrients the body needs. This can cause over 200 different symptoms to occur, leaving your friend with many discomforts, illnesses, or digestive issues. So instead of questioning whether or not someone is using celiac as an excuse to complicate a dinner order, support them for taking care of their body.

Celiac disease can often be difficult to diagnose because it affects everyone so differently. Symptoms that are most prevalent in children are digestive issues including diarrhea, vomiting, constipation, and abdominal pain. However, fatigue, irritability or behavioral issues, Attention Deficit Hyperactivity Disorder (ADHD), delayed puberty and growth, short stature, and weight loss are also signs of celiac. If you notice these symptoms over a period of time, begin paying attention to your son or daughter’s diet. If your child continues eating gluten products and symptoms do not go away on their own, contact your physician. A simple blood test may indicate whether or not these symptoms are a result of celiac disease. In many cases, an appointment with a GI specialist will be necessary for further testing.

In adults, celiac is less likely to cause digestive problems. In fact, only one-third of adults experience diarrhea as a symptom. Instead, celiac disease causes symptoms such as iron-deficient anemia, fatigue, anxiety and depression, liver disorders, peripheral neuropathy, pain in joints, arthritis, osteoporosis, and even infertility or subsequent miscarriages. Some people show no symptoms at all, yet still test positive for celiac disease. A blood test, as well as an upper endoscopy, will determine whether or not you have celiac disease. Typically, removing gluten products from your diet will cause symptoms to subside and protect your intestine from further damage.

If you have an immediate family member with celiac disease, there is a 1 in 10 chance that you will also be diagnosed. There are many people who do not test positive for celiac disease yet are diagnosed with non-celiac gluten sensitivity (NCGS) or non-celiac wheat sensitivity (NCWS). In this case, symptoms are similar to someone with celiac and tend to disappear when consumption of gluten is eliminated. If you experience any of the symptoms of celiac disease, before you remove gluten from your diet, contact your physician and have your blood tested for celiac disease. He or she may recommend you have an upper endoscopy at a local gastroenterologist’s office. This simple outpatient procedure will take a biopsy of your small intestine to assess any damage as a result of celiac. If you are diagnosed, changing your diet will allow you to start feeling better quickly.

If you have questions about celiac disease or want to talk with a GI specialist about getting tested, schedule an appointment at Cary Gastroenterology today.