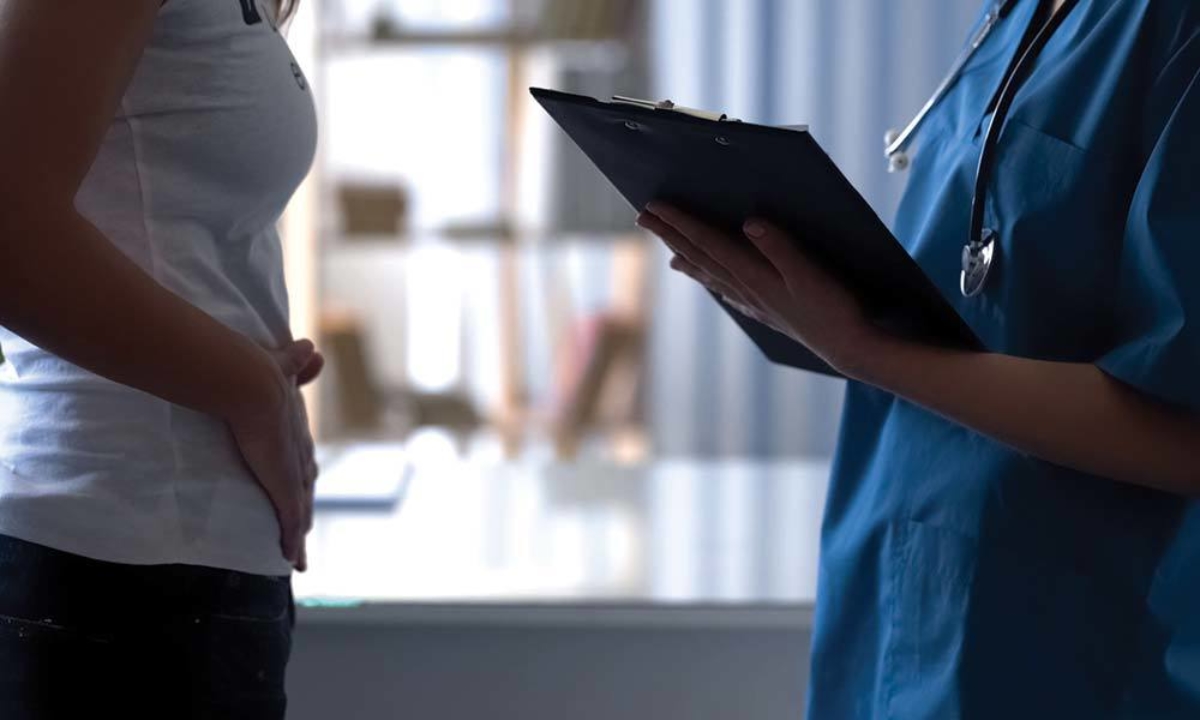 The inflammation caused in the appendix is typically due to a blockage or obstruction. This can cause a buildup of several different harmful substances, such as mucus, fecal matter, or parasites. These substances can overtake the appendix, causing it to become inflamed. If it becomes too inflamed and doesn’t receive treatment, the appendix can burst, which is a serious and life-threatening medical condition.

While the appendix is an organ that’s part of the gastrointestinal tract, doctors and researchers aren’t sure what its purpose is. It is what is known as a vestigial organ, which means your body can live and function fine without it. Therefore, when appendicitis usually strikes, an appendectomy is always the first line of treatment. An appendectomy is a surgical procedure that removes the appendix.

Often, appendicitis is mistaken for gas pain, and patients may try to treat themselves with gas-relieving over-the-counter medications. If these medications don’t work, it’s best to go to a doctor or emergency room to be evaluated as quickly as possible.

About 250,000 cases of appendicitis occur annually, and it’s 2 percent more common in males than females. The age group most likely to experience appendicitis is in their teens or early twenties, although it is seen in the very young and the elderly. These cases must be handled with caution, as the risk of complications is higher in these age groups.

What Are Common Causes of Appendicitis?

While doctors can pinpoint the substances in the appendix that cause appendicitis, research hasn’t been able to provide a clear reason why the appendix becomes inflamed or obstructed in the first place. Appendicitis is not a hereditary disease, and it’s not transmitted (meaning you can’t “catch” it from another person). It seems to strike randomly and can strike a patient of any age.

Doctors can say that the most common substance found in the appendix that causes blockage and appendicitis is fecal matter. However, mucus and parasites can also cause cases of appendicitis. Species of different organisms associated with appendicitis include:

There are also other parasites and organisms associated with the condition. Because doctors are unsure what can cause the obstruction, it’s nearly impossible to tell patients preventative measures to keep appendicitis from happening. Instead, it’s a good idea to be familiar with the symptoms so you can get medical treatment as fast as possible should appendicitis occur. However, research has noted that a diet high in fiber is linked to appendicitis prevention. In order to try to get more fiber into your diet, you could add more fresh fruits like raspberries, apples, and pears, as well as vegetables like artichokes and green peas. Other foods high in fiber include whole-wheat pasta, barley, oatmeal, lentils, black beans, and bran flakes.

Symptoms of Appendicitis in Children and Infants

Appendicitis presents differently in children and infants than it does in adults. Another difference between treating adults in children is the fact that children may or may not be able to appropriately express how they are feeling. They may describe the pain incorrectly or not be able to be in touch with the pain they’re feeling. While appendicitis would be a sharp pain felt on the right side of the body, to children, the pain may seem like it’s radiating through the entire abdomen. This can make it tough for doctors to properly diagnose.

When you’re looking for symptoms in infants, take note of any vomiting, a tender abdomen, or abdominal swelling or bloating. A child under 2 certainly won’t be able to tell you that there’s something wrong; however, the presence of swelling is a sure sign to visit your doctor immediately or go to the nearest emergency room.

For children over age 2, you would want to look out for the same symptoms, plus a sharp pain in the right side of the abdomen. Like younger children, if appendicitis is suspected, you should visit the closest walk-in or urgent care clinic or emergency room.

Symptoms of Appendicitis in Older Adults and During Pregnancy

Older adults and pregnant women should be on the lookout for nausea, vomiting, and other symptoms listed above, but appendicitis in adults presents differently, and there are more symptoms to watch out for. An adult should note a loss of appetite, pain that radiates from or near the belly button, a low-grade fever, constipation and/or diarrhea, and difficulty passing gas. After an appendix is inflamed, it can burst within 24 to 72 hours, so if appendicitis is suspected, a patient should seek medical care immediately.

It’s paramount to be knowledgeable about appendicitis symptoms because appendicitis is commonly mistaken for other conditions. Because of how quickly the appendix can burst, this can be very dangerous. Remember that appendicitis will manifest on the right side, and may also feel as if it is radiating from behind the belly button. Other types of abdominal pain could be conditions such as constipation, inflammatory bowel disease (IBD) (both Crohn’s disease and ulcerative colitis), peritonitis, stomach lesions, damage to the abdomen, or other conditions that affect the large intestine. These can be concerning medical conditions as well, so if you’re experiencing any type of stomach pain at all, it’s wise to see a physician.

When Should Someone Seek Medical Care for Suspected Appendicitis?

It’s extremely common to mistake an inflamed appendix for gas. If treating the gas with over-the-counter medicines doesn’t work and you’re experiencing abdominal pain, you should seek treatment for appendicitis right away, as it is a true medical emergency. Doctors can perform several tests to see if a patient is suffering from appendicitis. These include:

A CT scan is the most common and likely test for appendicitis. Using this technology, doctors are able to see an appendix blockage, any type of inflammation, or an enlarged or burst appendix. If appendicitis is diagnosed, typically emergency surgery must be performed.

Unfortunately, there are no home remedies to treat an appendix once it’s inflamed, and with rare exception, the only option is to perform emergency surgery, which is often completed in the emergency room because of the race against time. Doctors may try antibiotics to combat mild cases of appendicitis, but this is uncommon. Appendix surgery (appendectomy) is a common surgery with limited risk factors. Laparoscopic surgery (laparoscopy) is the most common type performed, which offers a shorter recovery time and less risk of infection. This involves a laparoscope that makes small incisions to remove the appendix. Laparotomy surgery is also an option. In this procedure, one larger incision is made to remove the appendix. While this carries a low risk for infection or other complications, recovery time is longer. Both are viable choices with high success rates.

If you need more answers to your questions about appendicitis or are suffering from abdominal pain and need to see a physician, request an appointment at Cary Gastroenterology today. We have several locations, including an office dedicated to women’s GI health as well as three endoscopy centers.