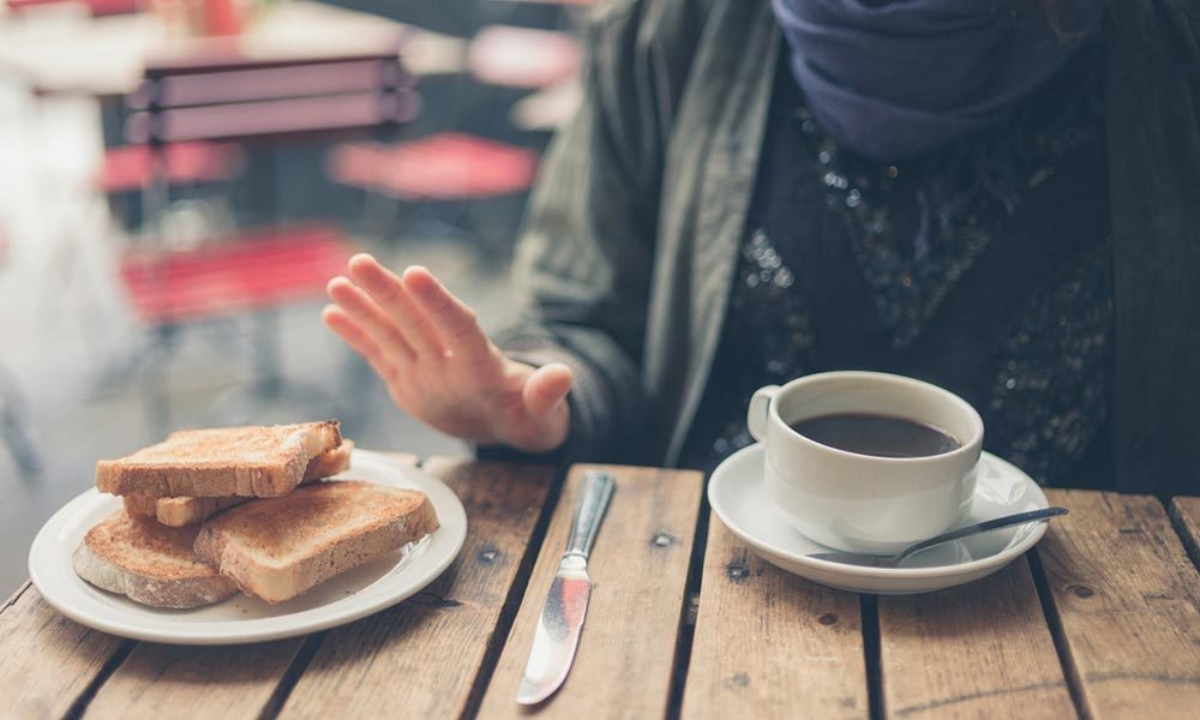 For many people, the smell of freshly baked bread or digging in to a slice of your favorite pizza would be one of the highlights of the day. For individuals who suffer from gluten sensitivity, or in the case of celiac disease, an actual gluten allergy, it is a different story. Eating foods that contain gluten, such as bread or pasta, can bring on significant abdominal pain, and the story doesn’t stop there. Nearly two million people in the United States suffer from a medical condition called celiac disease that can lead to some potentially serious complications.

What is Celiac Disease?

Celiac disease, sometimes referred to as gluten-sensitive enteropathy or celiac sprue, is an autoimmune disorder caused by a sensitivity, or allergic reaction, to gluten. Gluten is a protein occurring naturally in wheat, rye, and barley. These grains are used in many foods such as pasta, pizza, cereal, and bread as well as beverages such as beer.

Celiac disease is caused by a complex set of factors including certain genetic predispositions. Roughly one third of the population in the United States has the genetic markers associated with celiac disease, but actual cases are much more rare. Even if you are genetically predisposed to developing a gluten intolerance, you may have to consume gluten for a long period of time for the sensitivity to form. And, even if you have gluten in your diet for a long time, other lifestyle and health factors may also need to be present for a sensitivity to form. We still do not know exactly what triggers celiac disease in a person who is already predisposed and has been eating gluten.

Many people develop celiac disease later in life, though the disease can occur in children. Typically the onset of symptoms for adults occurs in their 30s, but this is not the only age when symptoms can appear. In many cases, celiac disease can go undiagnosed for long periods of time due to the wide range of seemingly unrelated symptoms. Additionally, since celiac disease shares common symptoms with other digestive disorders, it can be misdiagnosed as gastric ulcers or irritable bowel syndrome. A delay in diagnosis and treatment is a cause for concern as intestinal damage can occur if long-term exposure to gluten remains a part of your diet.

What are the Symptoms of Celiac Disease?

For individuals with celiac disease, exposure to gluten will cause the tissues of the small intestine to become inflamed and irritated. The lining of the small intestines is covered with small finger-like protrusions called villi. Nutrients are absorbed through the villi in the bloodstream. The inflammation caused by exposure to gluten damages the villi making nutrient absorption difficult or even impossible. Initially, this response may go unnoticed. Over time, however, as the lining becomes more and more damaged, symptoms begin to appear. Celiac disease can present with a laundry list of symptoms including:

What Other Medical Problems are Associated with Celiac Disease?

A wide range of medical problems can stem from celiac disease. This is one of the things that makes diagnosing the disease difficult. Chronic fatigue, headaches, depression, bone and joint pain, tingling and numbness in the hands and feet, and even anemia can all be present in an individual suffering from celiac disease. These symptoms can also arise from many other medical conditions, and are often attributed to other causes.

For children, celiac disease is associated with type 1 diabetes, Down syndrome, juvenile chronic arthritis, autoimmune thyroiditis, and more. Having first or second degree relatives who have been diagnosed with celiac disease is also considered a factor in the likelihood a child may have celiac disease.

Having one of these conditions does not mean your child has or will develop celiac disease.  When one of these other conditions is present, the likelihood of developing symptoms does increase, in some cases between three and ten times, but this is far from a guarantee. The best thing to do if your child is experiencing chronic or ongoing digestive system issues is to speak with your doctor.

Why are Celiac Disease Symptoms so Varied?

The symptoms of celiac disease are quite varied due to the small intestine being unable to absorb the nutrients you need from the food you eat. You may be maintaining a healthy diet, but if your body is unable to pull nutrients out of that food, you could still be at risk. These unseen dietary deficiencies are the cause of the wide range of symptoms.

Digestive symptoms associated with celiac disease are perhaps the easiest to identify, as they are easily tied to what you eat. Having low bone density may not be so easy to trace to an immune response, but lowered levels of vitamin D can lead to bone loss. When the small intestine is not capable of absorbing nutrients, the entire body suffers.

Celiac disease can be problematic when symptoms begin during childhood. The failure of the small intestine to absorb nutrients can carry serious consequences. Getting enough nutrients is crucial for young children in particular, and a failure to do so can result in short stature or slowed growth, permanent damage to tooth enamel, weight loss, and even delayed puberty.

If your child is showing similar symptoms to those associated with celiac disease, it may be time to talk to your doctor. Issues of the digestive system, such as chronic or recurring diarrhea and persistent constipation, are indications something serious could be going on. If other close family members have also shown a sensitivity to gluten, or have already been diagnosed with celiac disease, and symptoms are present, checking with a physician is recommended.

Getting an early and accurate diagnosis for children with celiac disease is particularly important. The long-term effects of nutrient deficiency can take many forms. Some of these effects can have long-term impacts on a person's life and physical well-being. Short stature or low height velocity is perhaps the most tangible and visible effect, but dental and even neurological problems like attention-deficit/hyperactivity disorder (ADHD) can be linked to celiac disease as well.

Talking with your doctor is an important part of putting a treatment plan in place for celiac disease. A strict gluten free diet will almost certainly be a part of any ongoing treatment plan, but there is more to treating celiac disease, and the complications that can arise from it, than simply not eating gluten. If your doctor suspects you have celiac disease, he or she will first do a blood test to verify the root of your symptoms.

If you are diagnosed with celiac disease, know that treatment options are available. The good news is cutting gluten, and the foods that contain it, out of your diet is a simple and effective way to treat celiac disease. Living with the symptoms of celiac disease can be easier than the symptoms of some other diseases. Maintaining a strict gluten free diet will go a long way to reducing your symptoms and helping your maintain overall health. With more people aware of dietary concerns such as lactose intolerance and gluten sensitivity, a wider range of gluten-free food choices are available in restaurants and grocery stores.

Controlling the amount of gluten in your diet can still be challenging, as many foods you may not suspect contain some gluten. Reading labels carefully on pre-packaged food is a good place to start. Many restaurants will identify specific menu items that are or can be prepared gluten free. If you have celiac disease, or even a severe gluten sensitivity, don't take chances. Ask if the restaurant has a dedicated prep area in the kitchen. Cross-contamination of cooking tools and surfaces can still introduce a small amount of gluten into your food.

If a blood test indicates you may have celiac disease, your doctor may recommend a course of treatment or refer you to a gastroenterologist. With the wide range of symptoms from merely uncomfortable to seriously life-impacting, it is important to get all the help and information you can when dealing with celiac disease. Maintaining a strict gluten free diet is often a major part of reducing symptoms, but there can be more to the picture.

If you are concerned you may be experiencing the symptoms of celiac disease, make an appointment at Cary Gastroenterology Associates. We can help guide you through the process of understanding symptoms, managing diet, and charting a path to health for you or your child.