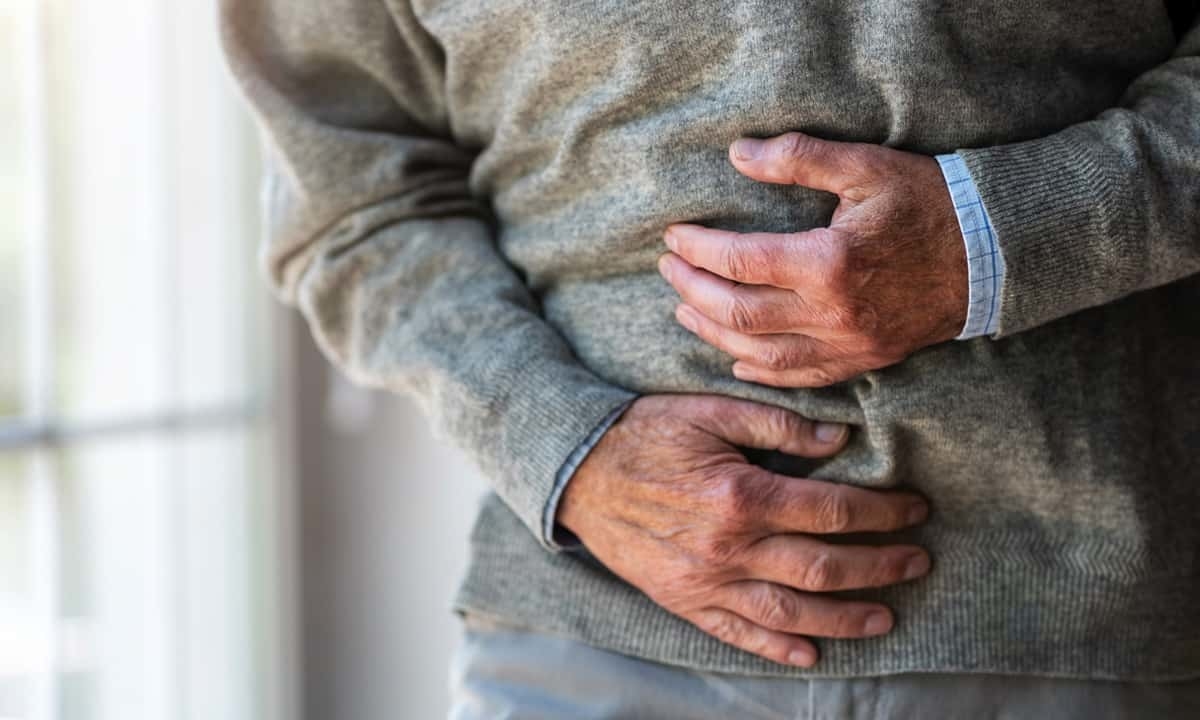 They say you are what you eat, but sometimes that isn’t quite true. The human digestive system can handle a huge variety of foods (and some junk snacks that might not quite qualify as food) but there are some things your body simply can’t digest.

When this happens, the undigested material you consume either heads out the back door or sticks around to form a hard, tightly packed mass called a bezoar. Though these masses were once thought to give magic advantages and healing from poison, we now know they are only likely to give some abdominal pain and possibly a trip to the hospital.

What is a Bezoar?

Simply put, a bezoar is a mass of undigested material found in the gastrointestinal tract of a human or animal. These masses can be composed of anything from milk protein to plastic, and can weigh up to several kilograms. Bezoars can exist without doing any harm, though it is possible for them to cause abdominal pain, nausea, and other, more serious symptoms such as gastric outlet obstruction or bowel obstruction.

Bezoars typically form in the stomach and small intestine, and are generally believed to be caused by delayed gastric emptying. A portion of what we eat is passed, undigested, through our intestines all the time. It is only when these undigested objects are large enough or stay in the stomach long enough to come into contact with other undigested material that bezoars begin to form.

Bezoars are classified according to the material they contain. They typically begin with the presence of a foreign body in your gastrointestinal tract, often in the stomach, that cannot be digested. Over time gastrointestinal bezoars can compress into what are called concretions. These stone-like masses are often much harder and more dense than the initial state of the material they are composed of. The major classes of bezoar are listed below:

Risk factors for bezoars can range from the composition of your diet to a series of gastrointestinal issues. A lack of gastric motility, which is usually at least partially responsible for the formation of a bezoar, can be caused by a wide range of conditions including gastric ulcers, past gastric surgery, delayed gastric emptying due to diabetes mellitus, poor mastication, excessive intake of plant fibers, Crohn’s disease, and other gastrointestinal maladies.

For the most part, bezoars affect older adults. As we age, some risk factors increase such as taking more medication the body cannot dissolve. That said, bezoars do occur in children, and even infants can be at risk for lactobezoars. Children have distinct risk factors, some of which are naturally occurring and others that are related to diet. A few of the risk factors that play a part in predisposing a child to bezoar formation include the following:

One unique category of bezoar in children and young adults is the increased incidence of trichobezoars in girls from chewing on or swallowing their own hair. Associated with the potentially serious condition known as trichophagia, trichobezoars often extend out of the stomach and into the duodenum in a condition called Rapunzel syndrome. This kind of bezoar is often a sign of a deeper psychiatric issue rather than a gastric problem in its own right.

Diagnosing bezoars can initially be somewhat difficult, as the symptoms associated with bezoars are shared by many different gastrointestinal issues. Bloating, abdominal pain, feelings of fullness after eating only a small amount of food, anemia, and weight loss are all possible symptoms. You may experience a lack of appetite, nausea, and even vomiting depending on the placement and size of a bezoar.

Since many of these symptoms are shared with gastric conditions like peptic ulcers, ileus, or even certain kinds of cancer, your doctor is going to order a physical examination. You will probably be put through a thorough and systematic review of all possible blood work to rule out cancer or other conditions. If your physician suspects the presence of a bezoar, you will probably also have an X-ray, CT scan, or other imaging done to verify the diagnosis.

How Do You Get Rid of Bezoars?

Treatment of bezoars can be as benign as drinking Coca-Cola or as serious as full-fledged surgery. Bezoars are typically removed in one of three ways. Sometimes chemical dissolution will eliminate the mass or soften it enough to pass through the rest of your digestive tract. If the bezoar does not respond to chemical treatment or it poses too great a risk of intestinal obstruction and needs to be removed, it can be extracted endoscopically or surgically. In cases where endoscopy or surgery are necessary, your health care provider will likely refer you on to a gastroenterologist.

After your gastroenterologist has completed a review of the diagnosis through imaging such as an X-ray, the next step is to determine what your concretion is made of. Knowing the composition of your bezoar will help your health care provider determine whether it can be safely dissolved or how best to remove it.

The first-line treatment for bezoars is typically to see if the concretion can be dissolved. It isn’t often your doctor will recommend you drink a diet soda, but this is one of those rare cases. Studies have shown that drinking Diet Coke, along with taking cellulase, can dissolve some phytobezoars over several weeks. Historically, other enzymatic treatments such as papain have been used, though this is now less popular. Other drugs such as metoclopramide are still used if the formation of the bezoar is likely to respond to chemical treatment.

In some cases, newer treatments such as extracorporeal shock wave lithotripsy allow a physician to locate a mass inside you and blast it apart with ultrasound. If successful, this allows the mass to be moved through your digestive system. This treatment is not always applied, and there needs to be care exercised that the resulting fragments are small enough to pass through your digestive tract without causing a potentially damaging small bowel obstruction.

It might seem reasonable to think that a bezoar can cause constipation, as it is blocking the normal flow of your digestive tract. Constipation is listed as a symptom of bezoars, though this is not likely to be present in all cases. Most bezoars occur in the stomach and duodenum at the beginning of the small intestine. Less common rectal bezoars can lead to fecal impaction, and thus constipation. This is extremely rare in the United States.

Unlike some conditions that can strike anyone, there are usually clearly identifiable risk factors that can end up predisposing you to bezoars. In children and older adults, these can be identified and managed, particularly once you have been diagnosed with a bezoar.

Regular check-ups with your doctor are always a good idea, but if you have been identified as being at risk for bezoar formation, it can be helpful to establish a good relationship with a gastroenterologist as well. While other types of physicians can perform endoscopies, gastroenterologists are specifically trained and practiced at this procedure. Having the right help can make the difference between suffering through longer, ineffective treatment or quickly resolving the discomfort, and potential danger, of masses in your digestive tract.

At Cary Gastroenterology Associates, we specialize in the conditions and diseases of the digestive tract. Our experienced team of clinicians is waiting to help you identify and resolve any potential gastric issues, whether they be caused by eating a few too many persimmons or something as serious as cancer. If you have been experiencing the symptoms listed above such as constant bloating, abdominal pain and nausea, request an appointment today.