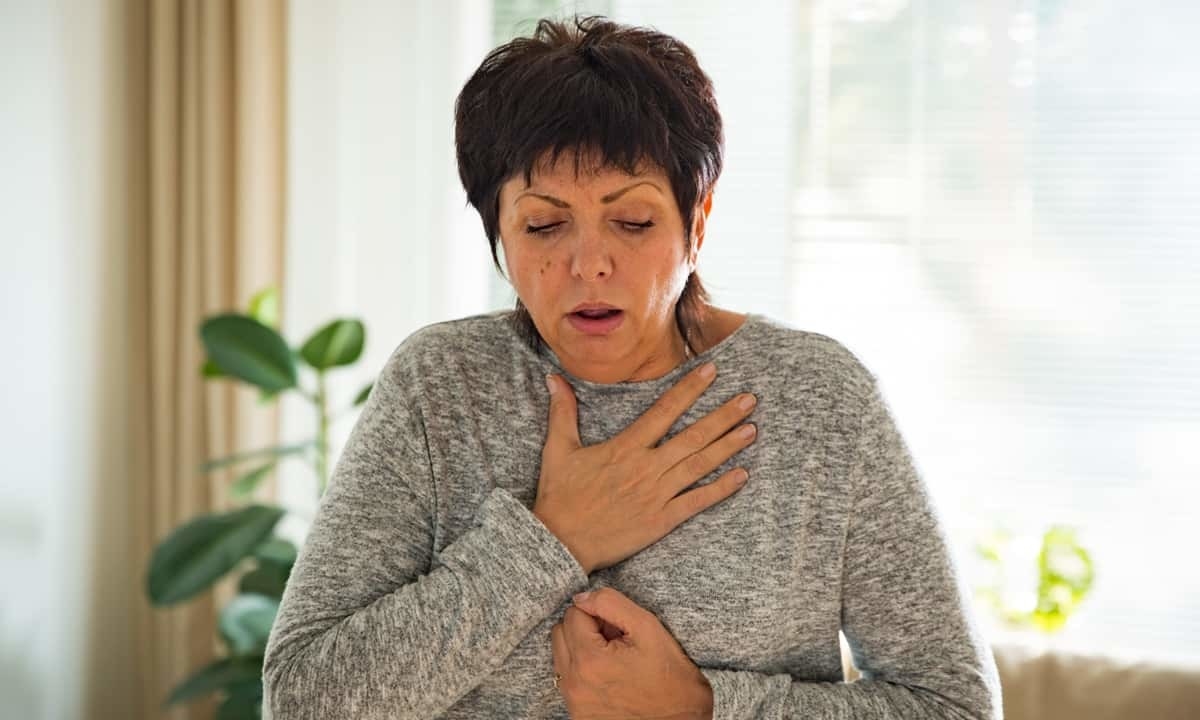 If you woke up in the middle of the night to searing pain in your chest, particularly if you are over the age of 60, your first instinct might be to dial 911 thinking you are having a heart attack. This would be the right reaction, given the severity of heart disease.

It turns out there are other conditions that could cause a sudden sharp pain or burning sensation in the chest though, and one of them is more of a threat to your dinner than your life. You may never have heard of a relatively rare condition called esophageal spasm until it happens to you, but if you experience one of these spasms, you are not likely to forget it.

What is Esophageal Spasm?

Esophageal spasm is the unexpected, uncoordinated contraction of your esophageal muscles. Rather than contracting to help you swallow, this spasm is a motility disorder that prevents or interrupts the normal flow of food through your digestive tract. Esophageal spasms are rare, though if you have had one you are significantly more likely to have another. These contractions are not typically dangerous, but they can be very uncomfortable and can occasionally lead to dysphagia and even cause you to regurgitate food.

An esophageal spasm occurs when one of a set of triggers causes the muscles in your esophagus to contract when they are not supposed to. Your esophagus is the muscular tube running from your throat to the top of your stomach. Under normal conditions, when you swallow, carefully coordinated muscle contractions help to move food down your esophagus and into your stomach through a process known as peristalsis.

Are there Different Kinds of Esophageal Spasm?

Like nearly all other medical conditions, there are many different ways a spasm can manifest in your esophagus. There are two main types of esophageal spasm:

Sometimes called distal esophageal spasm, this form of spasm is more likely to be typified by regurgitation of food or drink.

Also known as jackhammer esophagus, this type of spasm is not as likely to cause regurgitation of food, but is identified by a twisting or contortion of the esophagus.

Generally speaking, spasms in the esophagus are not dangerous. Perhaps the most severe concern is not what esophageal spasm is, but what it is mistaken for. Intense chest pain could be a signal for angina, or coronary artery disease. Since heart disease can quickly turn deadly, you should get to a hospital as soon as possible if you are experiencing severe chest pain. While it could turn out to be heartburn or an esophageal spasm, it is better to be safe than sorry if there is a chance you are having a heart attack.

The greatest danger of an esophageal spasm itself is usually the temporary difficulty swallowing and the possibility of throwing up if a spasm strikes while you are eating.

What are the Symptoms of Esophageal Spasms?

We do not yet fully understand what causes esophageal spasms. There are a set of underlying conditions that make you predisposed to having a spasm, but the exact reasons may not be immediately obvious.

Food triggers can be the cause of esophageal spasm for many people. This can either be linked to a particular type of food, but is more commonly associated with eating hot or cold foods.

There are several other factors that are strongly correlated to the presence of esophageal spasms, but the exact causal links are not well understood. A few of these risk factors include:

How are Esophageal Spasms Diagnosed?

The first step in diagnosing esophageal spasm is to rule out the possibility of a heart attack. Like many medical issues, once the most alarming and immediately threatening possibilities have been ruled out, imaging is going to be the next step.

X-rays are often a part of diagnosing spasms. You will likely be put through a barium swallow, where a specifically prepared liquid is used to make the actions of your esophagus more visible on an X-ray. If external imaging does not give your doctor all the information needed for a diagnosis, more direct examination of your esophagus with images from an endoscope is a likely next step.

Other tests can be performed to diagnose how the muscles in your esophagus function. Esophageal manometry is one such test that gauges the function of your lower esophageal sphincter while you swallow water. Further testing through ph monitoring can help identify the presence and severity of acid reflux that may be contributing to your spasms.

How Are Esophageal Spasms Treated?

Ultimately, spasms in the esophageal muscles are a problem of the nervous system. Treatment options for correcting or limiting the inappropriate nerve signals your esophagus is acting on will depend on the cause and severity of your spasms. This could take the form of natural smooth muscle relaxants like peppermint oil, taking calcium channel blockers or proton pump inhibitors, or even having botulinum toxin (botox) injected into your esophageal wall.

In some cases endoscopic surgery can be used to help treat diffuse esophageal spasms. Peroral endoscopic myotomy is a procedure where an endoscope, a small flexible tube with a camera and other instruments, is threaded down your esophagus. Your doctor can then observe the action of the muscles of the esophagus, and possibly make small incisions into the muscle wall.

If you have experienced an esophageal spasm, it is more likely they will happen to you again. While you may have been treated in an emergency room or by your primary care doctor the first time, especially if your symptoms were mistaken for a heart attack, once the initial diagnosis has been made, properly treating and managing your spasms going forward falls under the heading of gastroenterology.

At Cary Gastroenterology Associates, our specifically trained physicians are dedicated to helping solve any and all problems of the digestive tract. This includes many conditions of the upper gastrointestinal tract like Barrett’s Esophagus, acid reflux, and esophageal spasms.  Even though a spasm in your esophagus is not life threatening like the heart attack it is often mistaken for, it can be very disruptive and certainly uncomfortable. The good news is, though we still have a lot to learn about what causes this condition, there are treatments available to help ease or eliminate your discomfort. If you have been diagnosed with esophageal spasms, or you suspect you have had a spasm in the past and want to know more about preventing them in the future, request an appointment at Cary Gastroenterology today.