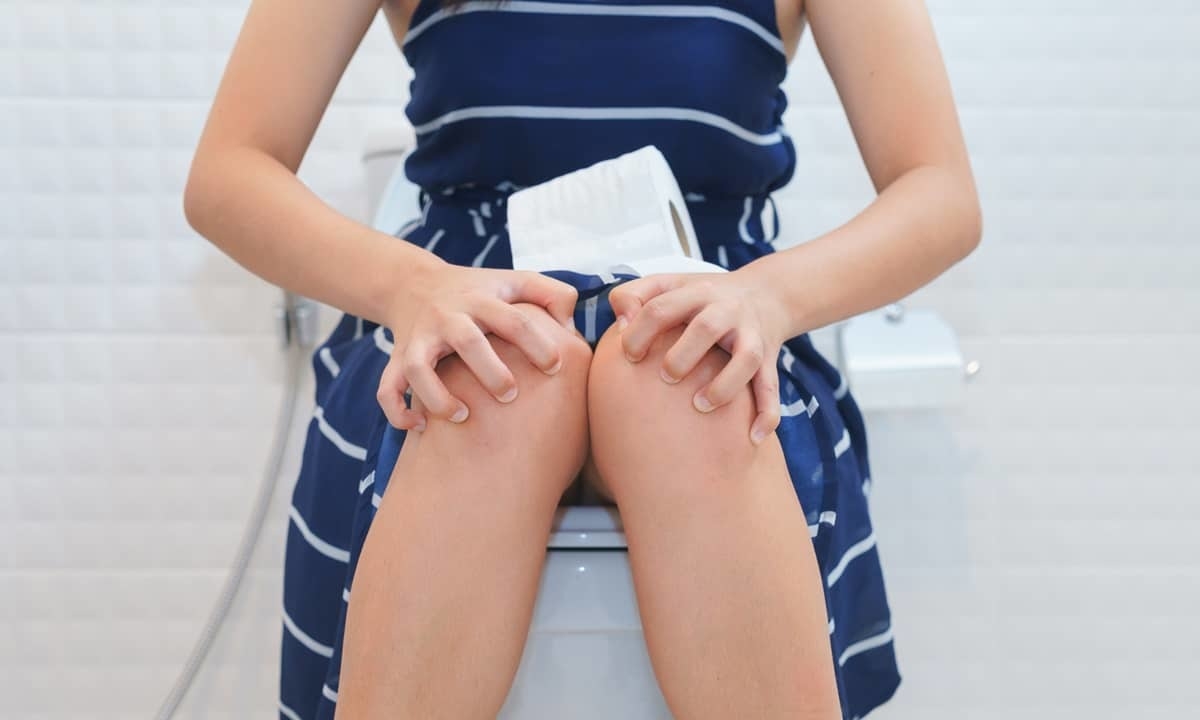 Constipation is a very common malady that happens to all of us. According to the National Institutes of Health (NIH), somewhere between 16%-33% of adults have constipation at some point. Even though for most people it remains a minor annoyance, constipation can be fairly disruptive to daily life. In addition to uncomfortable changes to bowel habits, constipation can lead to a variety of other side effects.

Constipation isn’t a disease in and of itself; rather, it’s either a result of diet/environmental factors or a symptom of an underlying condition. It can be a temporary problem or one that becomes chronic and recurring over a long period of time. While anyone can get constipated, it is a much more frequent occurrence in people over the age of 60. It is also particularly prevalent in nursing homes and elder care facilities because of a lack of physical activity.

Sometimes the timing of the onset of constipation makes it easier to identify the cause. For instance, eating a lot of cheese or gluten-heavy foods may create temporary constipation, just because of the nature of how large quantities of those foods are processed by the digestive tract. More often than not, though, the cause is either not obvious or a combination of factors. Below are some of the most common causes of constipation:

Dietary Fiber: Perhaps the most common culprit of constipation is a lack of fiber in one’s diet. Otherwise known as “roughage,” fiber is a food element derived from plants that isn’t broken down by the digestive system, yet it serves a series of valuable functions in maintaining bowel regularity and stool softness. Without sufficient fiber, stools tend to be harder and more difficult to pass.

Dehydration: A factor that is closely related to dietary fiber is fluid intake. Just as a lack of fiber can lead to constipation, so can a lack of fluids, especially water. The primary reason for this is that the colon (large intestine) is responsible for absorbing water from digested food as it passes through. The colon tends to absorb the same amount of water regardless of how much you drink, so dehydration results in harder, dryer stools.

Lifestyle Changes: The digestive system is surprisingly responsive to a variety of changes in daily habits; traveling, added stress, and changes in exercise habits are just a few examples of life circumstances that can indirectly lead to constipation. For example, these circumstances often see us eating different, less healthy foods as well as eating at different times of day.

Exercise: Exercise is an important part of overall health and digestive health more specifically because physical activity actually helps food move more quickly through the intestines. Lack of physical activity, by contrast, causes it to move more slowly and therefore the colon has more time to absorb water.

Irritable Bowel Syndrome (IBS): IBS is a group of symptoms that tend to present together in a predictable way, and one of the classic symptoms of IBS is constipation.

Resisting the Urge: Many people don’t realize that constipation can also be brought on by suppressing the “urge” to have a bowel movement. When circumstances (being busy or temporarily not having access to a toilet for instance) make it difficult to go for hours or all day, the stool sits in your colon and the water is continually absorbed until it gets drier and harder.

Laxatives: Though it may seem counterintuitive, overuse of laxatives can actually cause constipation. While laxatives can be used to promote the passage of hardened stools, using them too often can essentially make your body dependent on them for normal bowel movements.

Hypothyroidism: The thyroid is a gland that secretes hormones that are important in the regulation of metabolism. When someone has hypothyroidism, too little of these hormones are released into the body. One of the results is an overall slowdown in bowel motility that can promote constipation.

Side Effects of Constipation

Most people think of the common symptoms of constipation: hard to pass stool with occasional cramping, bloating, flatulence, or abdominal pain. Yet constipation can also lead to additional side effects and symptoms that we don’t often associate with it.

Fatigue: Some research suggests that fatigue can occur due to the effects of a decrease in the absorption of nutrients on gut microflora. It may also be that stool sitting in the colon longer causes greater fermentation that in turn leads to mitochondrial dysfunction. The common theme is that constipation seems to cause fatigue because fewer nutrients are being converted into cellular energy.

Nausea: Most people don’t associate nausea with fatigue, but it can actually be a fairly normal side effect. Nausea and vomiting are possible either because of an intestinal obstruction or a condition like irritable bowel syndrome. Nausea can also be a side effect of medications that are used to treat constipation.

Weight Gain: New research related to the gut microbiome suggests that chronic constipation may cause otherwise unexplained weight gain. Gut flora have been increasingly identified in a whole host of health problems, and hormonal imbalances that can come about when stool chronically sits in the colon for too long may in fact contribute to the buildup of fat deposits.

Hemorrhoids: One very unpleasant side effect is hemorrhoids, a condition that involves the swelling and inflammation of veins located in and around the anus and rectum. Unlike other side effects, hemorrhoids come about because of extensive straining to pass hard stools.

Fecal Impaction: Chronic constipation—or even a long-lasting single bout of it—can eventually cause fecal impaction; this is essentially an accumulation of hardened stool that can no longer be passed without medical assistance.

Be Mindful of Your Digestive Health

Constipation may be an occasional inconvenience, but it can also indicate overarching concerns about your gastrointestinal health, dietary habits, and your level of regular physical activity. If you have chronic constipation or even just regularly occurring constipation, it might be time to speak with a gastroenterologist like the board-certified physicians at Cary Gastro. Contact us today to request an appointment.