Cary Gastroenterology Associates | Projectile Vomiting: Why Does it… 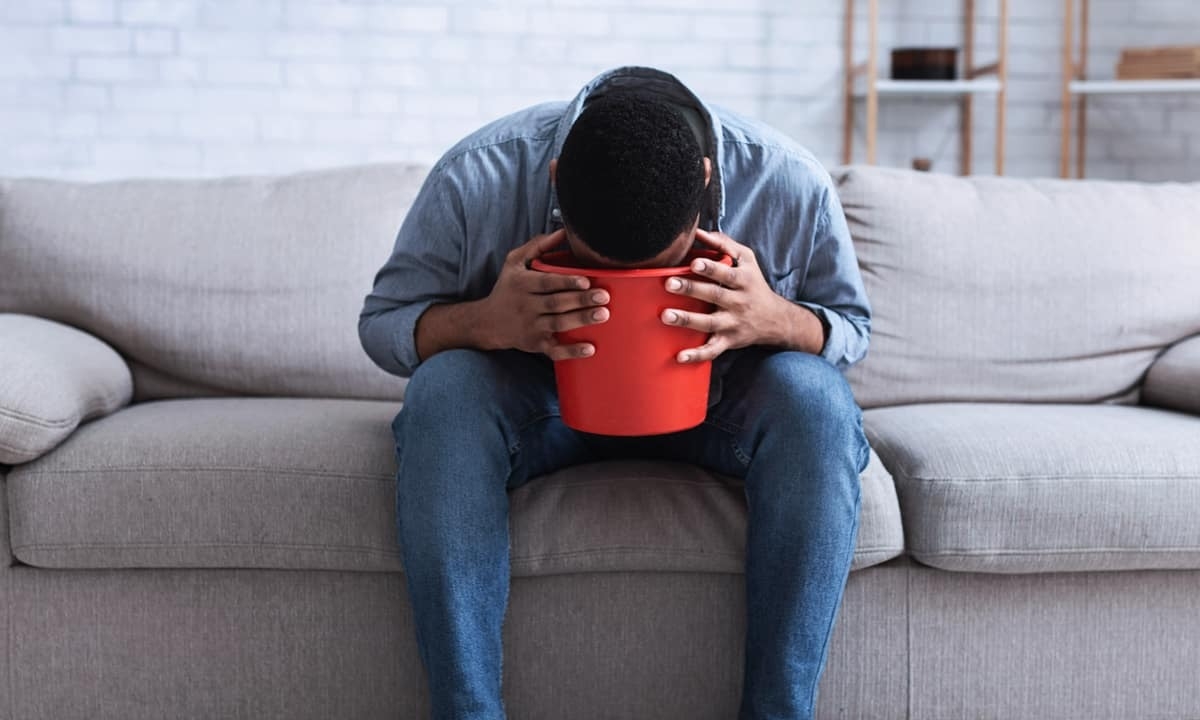 The gastrointestinal system involves a series of complex processes and systems that turn food into energy and purge waste products from all around the body. These waste products usually make their way all the way through the digestive tract before being purged, but the body also has ways of ridding itself of harmful or irritating substances long before then. One of the ways it does this is through vomiting. Sometimes, though, the process of vomiting is especially violent and intense, and that is called projectile vomiting.

What Happens When I Vomit?

Vomiting, also technically referred to as emesis, is the involuntary expulsion of the stomach’s contents via the esophagus and mouth. In general, the impulse to vomit is a means of protection from potentially harmful substances that have been ingested. It can also be a reaction to something that is irritating the gastrointestinal tract in some way or a sign of an underlying health condition. In most cases, however, vomiting is an isolated albeit unpleasant incident that resolves once complete.

For most people, vomiting is usually preceded by a wave of nausea that may include an upset stomach, cold sweat, weakness, and a buildup of saliva in the mouth. Prior to actually vomiting, you may experience dry heaving, or retching, a reversal of movement in the stomach and esophagus that doesn’t move any substance out of the stomach. When vomiting occurs, it isn’t the stomach that pushes contents out; instead, the diaphragm and abdominal muscles contract and create the primary force of expulsion.

How is Projectile Vomiting Different?

One specific form of projectile vomiting is called hypertrophic pyloric stenosis, but it is almost always limited to infants from birth to around six months old. In pyloric stenosis, there is a thickening or narrowing of the pylorus, the muscular sphincter at the base of the stomach where it connects to the small intestine. This thickening prevents food from moving into the small intestine; the stomach muscles attempt to force the food into the intestines but instead triggers projectile vomiting. Pyloric stenosis is one of the most common reasons newborns need surgery (pyloromyotomy), largely because of the danger of dehydration.

There is no clear explanation for why the act of vomiting sometimes manifests as the much more forceful projectile vomiting. There are, however, several situations and conditions that seem more likely to cause projectile vomiting:

What Are the Complications of Projectile Vomiting?

In most cases, especially when vomiting is a reaction to a harmful substance, the experience is short-lived and will resolve itself. But in situations where projectile vomiting is associated with a specific illness or is recurring, there are several possible side effects or complications. The most common complication is dehydration, an overall loss of body fluid that results from not being able to keep food or water in the stomach. The signs of dehydration can include headaches, fatigue, dry mouth, constipation, and loss of appetite. In addition to the many dangers of not having enough water content in the body, the loss of electrolytes can further cause imbalances in cellular fluid content.

In rare situations, the violent and forceful nature of projectile vomiting may cause the esophagus to rupture. If untreated, this can be a fatal condition. Forceful vomiting can also cause damage to the lining of the stomach, which can cause a variety of issues with digestion. As vomit passes through the esophagus and out of the mouth, it is also possible for some of the vomit to be inhaled. This condition, called pulmonary aspiration, can cause a variety of problems, including pneumonia or asphyxiation.

Depending on the underlying cause, projectile vomiting can be a temporary annoyance or a significant concern. For most people, though, the symptoms related to vomiting can be treated at home by drinking fluids for rehydration purposes and eating bland foods or taking over-the-counter medications to address any nausea. If you have been experiencing vomiting or projectile vomiting more than as an isolated incident, it may be time to seek medical advice. If you’d like to speak with a gastroenterologist about your symptoms, please contact Cary Gastro today to request an appointment. We are passionate about providing excellent digestive healthcare for you and your family.