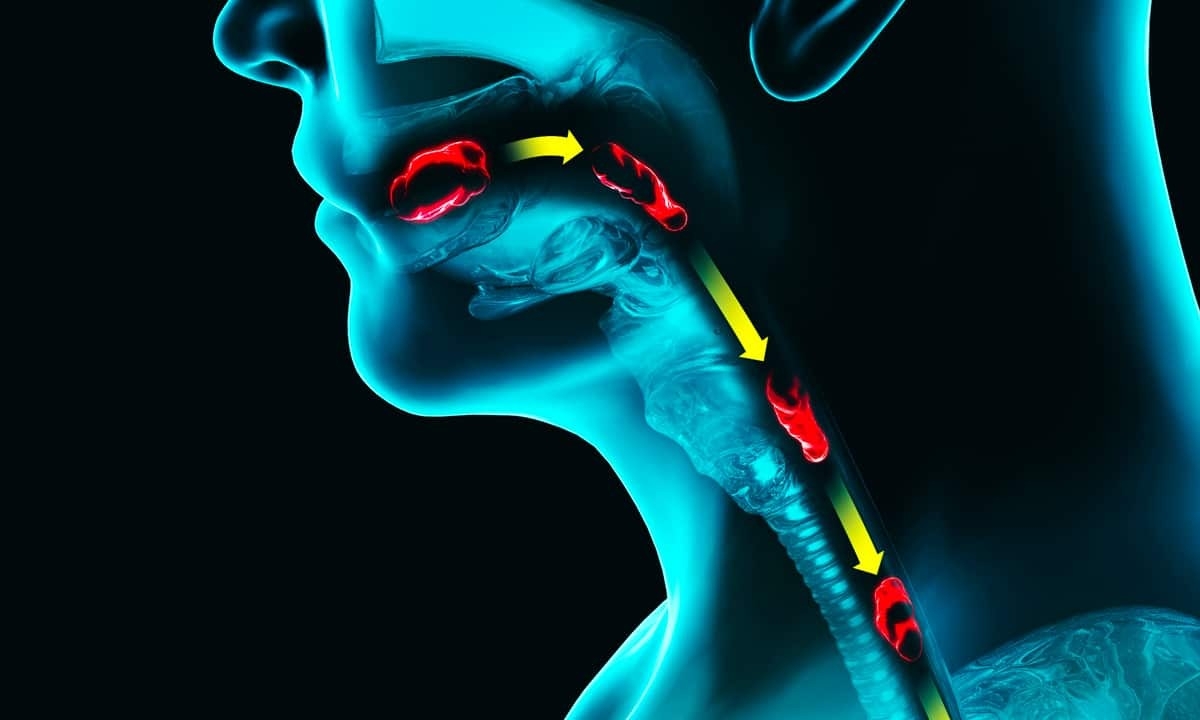 What is an Esophageal Stricture?

If you’ve ever had difficulty swallowing but didn’t know why, it might be because of an esophageal stricture. To understand how and why this happens, it’s helpful to first look at the function of the esophagus. The esophagus is the muscle-wrapped tube that extends from the mouth to the stomach and represents the first section of the digestive system. Under normal circumstances, food is chewed up and moistened in the mouth and is pushed down to the stomach by muscle contractions all along the esophagus.

There are times, however, when the esophagus becomes abnormally tightened or narrowed in a way that disrupts the normal digestive process. This abnormal narrowing is called an esophageal stricture, and for some people can be a very distressing condition. It is also sometimes referred to as a benign esophageal stricture (or peptic stricture), and that simply indicates that it isn’t cancerous. Anyone can develop an esophageal stricture, though it tends to be more common as people get older (especially over the age of 40).

The primary symptom of this condition is dysphagia, the medical term for difficulty swallowing food or liquids. For many people, it can even feel like something is stuck in the throat or that food is moving down the esophagus at a greatly reduced rate. These sensations can also sometimes be felt more broadly in the back of the throat or across the upper abdomen. The severity of the symptoms tends to increase as the esophageal passageway gets narrower and narrower.

At first, the narrowing of the esophagus may not even be detectable to the patient. As the tightening continues, pills or small bits of solid food may be difficult to swallow. Eventually even liquids can become difficult to swallow. If left untreated, the difficulty swallowing can cause a person to actually eat and drink less and lead to dehydration or malnutrition. Additional symptoms may also include:

There are a variety of possible causes behind the development of esophageal strictures, but the most common causes tend to involve diseases and disorders that cause inflammation and the subsequent formation of scar tissue (fibrosis). In some cases it can also be caused by neoplasia, the medical term for the abnormal growth of tissues; an incidence caused by neoplasia can then lead to malignancy and cancer. Below are examples of some of the most common causes:

Diagnosis of esophageal strictures will always begin with a standard physical examination and a review of the patient’s medical history. A precise diagnosis requires some specific tests that will verify the condition. One of the most common tests performed is an upper GI endoscopy; the doctor uses the camera on the endoscope to directly observe the lining of the esophagus to look for damage or scarring. If a stricture is confirmed, the endoscope can also be used to perform a biopsy so the tissue sample can be tested to rule out esophageal cancer.

If endoscopy isn’t an effective option for some reason, there are also other imaging tests that can be used to diagnose the condition. One example is an X-ray with a barium swallow. In this test, the patient swallows a solution containing barium; once the harmless barium spreads throughout the body, an X-ray can help highlight any abnormalities. The doctor may also use ultrasound or esophageal manometry for diagnostic purposes, depending on the patient’s circumstances.

If benign strictures are confirmed, the usual first treatment option is called esophageal dilation. In this procedure, the doctor will typically place a special dilating balloon (also known as a bougie) into the esophagus; when inflated, the balloon stretches out the esophagus and thereby eases symptoms like dysphagia. Depending on how complex and severe the strictures are, multiple esophageal dilation sessions may be necessary for sufficient relief. For some patients, symptoms may reoccur and require periodic dilation. Although minor, there is a risk of esophageal perforation with this procedure. Below are some additional treatment options that may be employed:

While benign esophageal strictures are rarely serious, it is a condition that requires medical intervention. At Cary Gastro, we are passionate about providing excellent digestive healthcare and the quickest path to improving quality of life. If you have been experiencing any of the symptoms noted above, please contact us to request an appointment.