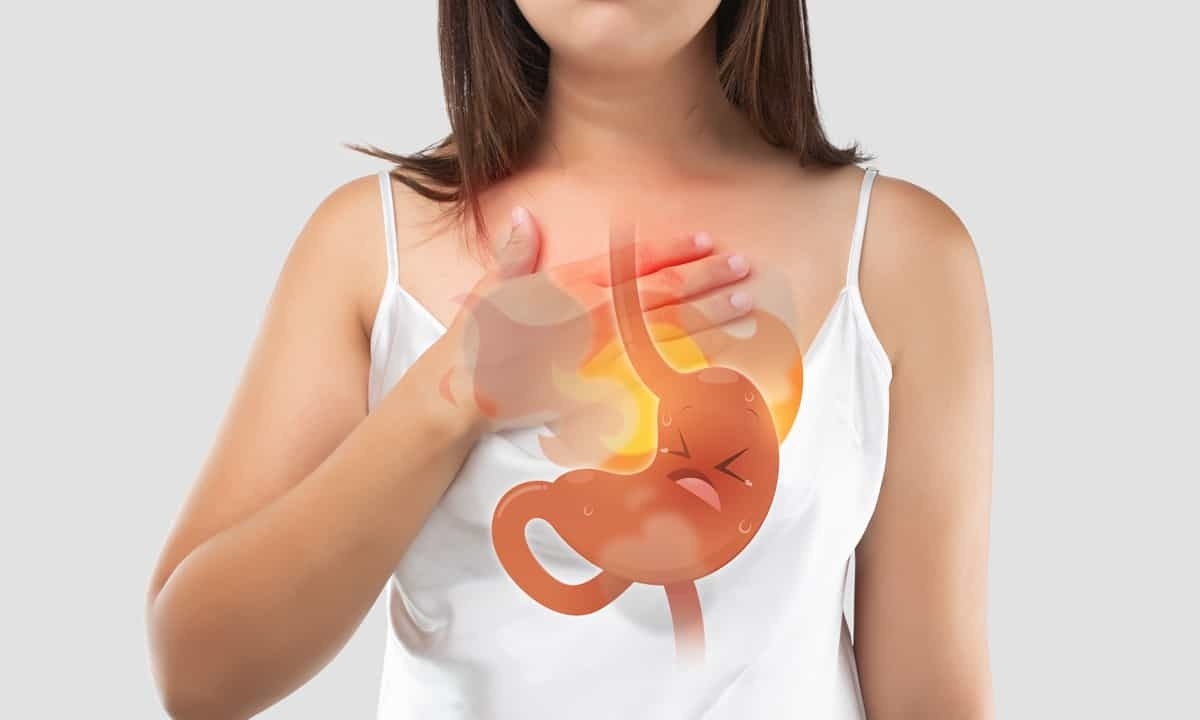 Heartburn is a familiar experience for most people, even if it only occurs after eating a lot of spicy, fatty, acidic, or fried foods. Indeed, according to the American College of Gastroenterology, the burning feeling associated with heartburn affects an estimated 15 million Americans every day and 60 million Americans at least once a month. But for many people, heartburn isn’t just an occasional nuisance after indulging in hot wings; rather, it is an unpleasant, chronic condition that is also known as GERD.

GERD vs Heartburn vs Acid Reflux

When people talk about heartburn, they’re really referring to a specific condition called acid reflux. When someone has acid reflux, it means that digestive acids and other stomach contents have risen up into the esophagus and are causing inflammation. The presence of stomach acid on esophageal tissue results in the pain and discomfort we associate with heartburn. When acid reflux becomes recurrent and chronic (usually two or more times a week), it is recognized as gastroesophageal reflux disease, or GERD for short. In this sense, the terms “chronic heartburn” and “GERD” are essentially interchangeable.

To understand the causes of heartburn and GERD, it’s helpful to know how it works. The primary “mechanism” of the underlying acid reflux is a problem with the ring of muscle between the esophagus and the stomach. This ring of muscle is called the lower esophageal sphincter (LES) and, under normal circumstances, relaxes to allow chewed food to pass from the esophagus to the stomach; then, it automatically closes to prevent anything in the stomach from backing up into the esophagus.

Blocking off the lower esophagus is important for smooth digestive function, largely because the process of peristalsis in the stomach involves aggressive churning that can cause the stomach contents to slosh around. In some situations and for some people, the LES sometimes either doesn’t close all the way or stays open longer than it should; this allows the corrosive acids of the stomach to irritate the esophageal lining. Over time, an abnormally functioning LES can lead to a variety of serious gastrointestinal conditions.

As noted earlier, many people associate heartburn with eating too much of a certain food or drinking too much alcohol. While these are some potential causes of acute acid reflux, the story is more complicated when thinking of chronic acid reflux/GERD. Below are some risk factors that can negatively affect the lower esophageal sphincter:

The most basic symptom of GERD is heartburn itself, the painful burning sensation that comes from the breastbone in the middle of the chest and can even radiate out toward the arms. But as heartburn becomes chronic and/or more severe, it can cause a variety of additional symptoms. One common example is regurgitation; in such cases, stomach contents back up the esophagus so far that acid or partially digested food can be tasted in the back of the throat. Other possible symptoms include:

Heartburn that recurs often enough to become GERD is generally not a serious concern. For most people, it will be an uncomfortable annoyance for a while. If left untreated, though, GERD can eventually lead to a number of other more serious conditions:

Treatment for GERD and Heartburn

For many cases of GERD or even simple heartburn, the best treatment is simply avoiding the activities that lead to acid reflux; this might include limiting fatty or spicy foods, reducing alcohol consumption, and quitting smoking. Also, working to reduce abdominal fat can go a long way to preventing GERD. For those with medication-related acid reflux, talk to your doctor; they may be able to prescribe a different medication.

Even with lifestyle changes, however, other treatment methods are sometimes needed. Numerous over-the-counter medications are available that can relieve the symptoms of GERD, but you can also get prescription medication from a doctor if needed. Below are the main categories of GERD medication:

Chronic heartburn in the form of GERD can really begin to affect someone’s quality of life, especially because for many people it affects their ability to sleep soundly at night. If you’ve been experiencing recurring heartburn and it doesn’t seem to be going away, it might be time to contact us at Cary Gastro to request an appointment. We are passionate about providing excellent digestive healthcare.