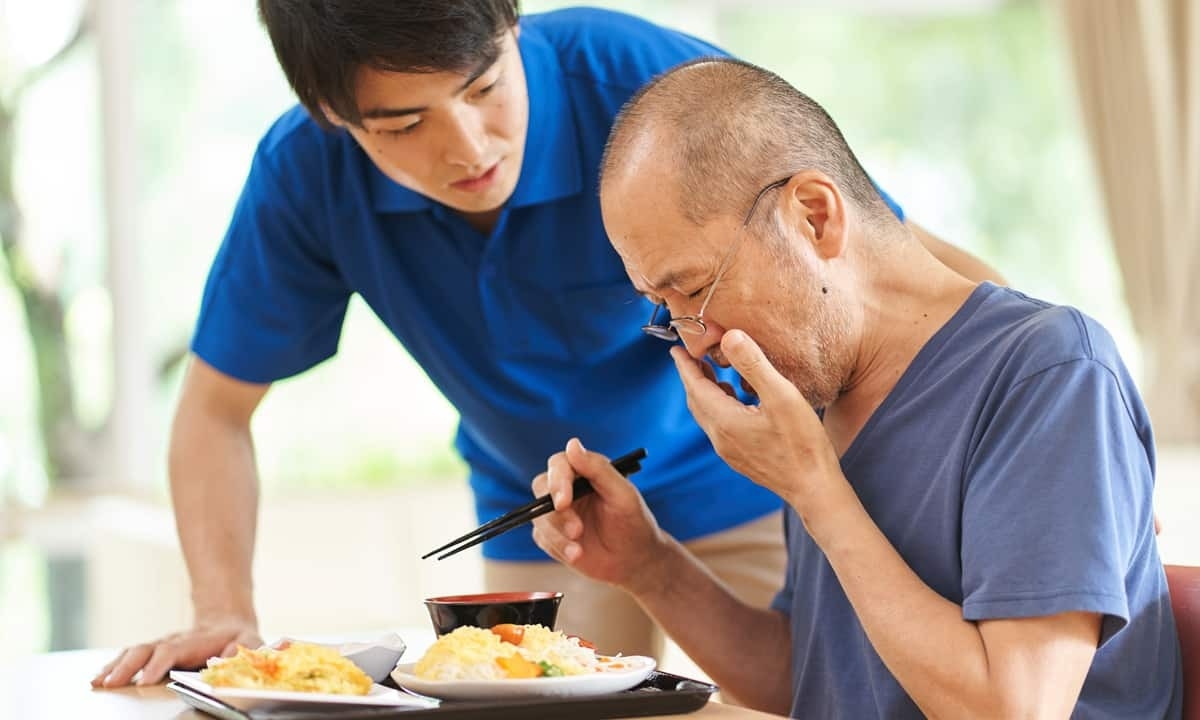 What is Rumination Syndrome?

Rumination syndrome, sometimes known as merycism, is a motility disorder of gut-brain interaction that involves the effortless regurgitation of food. Unlike with the normal experience of vomiting, however, neither retching nor nausea lead up to the act of regurgitation; in fact, regurgitation with rumination syndrome is involuntary and absent any of the pain or distress typically associated with vomiting. It typically occurs anywhere from minutes after eating to one or two hours, and the regurgitation is often preceded by belching or a feeling that you are about to belch.

Another identifying characteristic of rumination syndrome is that the food is only partially digested and usually hasn’t mixed much with stomach acid. As a result, food is often still in larger chunks rather than the mostly liquid chyme that tends to accompany vomiting. Because it hasn’t mixed with stomach acid, this also means that the food doesn’t have a sour or bitter taste; in some cases people chew and swallow the regurgitated food again or simply spit it out. For people with rumination syndrome, this happens regularly after every meal.

Rumination syndrome is a relatively rare disorder, and studies indicate that it likely only affects around 3% of the population in the United States. Historically, rumination syndrome has been primarily diagnosed in infants and young children, though more recent evidence indicates it may be underdiagnosed. In recent years, there have been more diagnoses in adolescents and adults. There is also a tendency to develop rumination syndrome in patients who also have cognitive or developmental disabilities.

Rumination syndrome is considered a functional gastrointestinal disorder, and that means the symptoms come about as a result of abnormal functioning of the gastrointestinal system rather than the presence of a pathogen or tissue growth (like a tumor). Nevertheless, doctors believe the onset of symptoms often start with a triggering event such as stress, disease, or an infection. Yet even after the triggering event has resolved, the involuntary regurgitation remains an ongoing issue. Additional symptoms may include:

The cause of rumination is not currently known, but the mechanics seem to be related to an increase in abdominal pressure and a relaxation of the lower esophageal sphincter. This is mostly likely the result of the aftermath of a triggering event. For example, a viral infection or stressful life event may cause increased sensitivity in the gastrointestinal tract that makes it uncomfortable for food or liquid to remain in the stomach. The body then involuntarily learns to contract abdominal muscles as a reflex in order to remove the food causing discomfort.

Because rumination syndrome is a disorder of the gut-brain interaction, it is closely linked to mental illness. In fact, this condition is also sometimes known as rumination disorder and is listed as such in the Diagnostic and Statistical Manual of Mental Disorders (DSM-5), the primary classification tool used by the American Psychiatric Association. This connection with mental illness also leads to rumination syndrome being misdiagnosed as another eating disorder like bulimia nervosa.

So even though regurgitation involved in rumination syndrome is involuntary, the evidence suggests that the primary cause is often some type of mental or emotional trauma. Even with infants, there seems to be a connection between the development of the disorder and either overstimulation or understimulation from parents or caregivers. This also explains why the prevalence of rumination syndrome may be up to 10% among patients who are institutionalized with various mental or cognitive disabilities.

As noted above, rumination syndrome has typically been diagnosed in infants and young children, and this has led to it being undiagnosed in other segments of the population. In recent years, however, more doctors have become aware of the condition and how to accurately diagnose it. Most patients can be diagnosed if they’ve been regurgitating food (but not vomiting) for at least three months. According to the DSM-5, however, an accurate diagnosis requires a patient meeting the following diagnostic criteria:

Because rumination syndrome often presents in such a way that it can be mistaken for other medical conditions, doctors may also want to rule out some other possible causes of the symptoms. One of the most common ways of doing this is a gastric emptying test; this measures the amount of time it takes for food to move from the stomach to the small intestine. Doctors of gastroenterology also might use an X-ray or upper endoscopy to visualize the esophagus and stomach; these kinds of diagnostic tests can be used to determine whether there are any blockages or growths in the digestive tract.

Since rumination syndrome is essentially a behavior that the body learns as a result of some kind of trauma, the main course of treatment is typically behavioral therapy. One of the most commonly prescribed treatments is called diaphragmatic breathing. The diaphragm is a dome-shaped muscle located under the lungs that assists with inhalation and exhalation. The diaphragmatic breathing technique helps control regurgitation during the recognizable moments after meals when regurgitation normally occurs. Most people are instructed to practice for 5-10 minutes several times a day.

Initially, the symptoms of rumination syndrome are mostly just unpleasant. If left untreated, though, it can cause damage to the esophagus and possibly lead to other conditions. Another major complication of rumination syndrome is related to malnutrition; the regular regurgitation of undigested food means that fewer nutrients make it to the small intestine to be absorbed by the body. Additionally, the fewer liquids that are held down, the more likely you are to be dehydrated or have an electrolyte imbalance. Also, regurgitation can potentially cause aspiration (food entering air pathways) or choking.

If you have been experiencing the symptoms of rumination syndrome, it’s best to seek medical care as soon as possible. The gastroenterologists at Cary Gastro are dedicated to quickly diagnosing and treating rumination syndrome or any other gastrointestinal concern you might be facing. Addressing these concerns when they come up is the best way to ensure excellent long term health and good quality of life. Please contact us today to request an appointment.