Cary Gastroenterology Associates | What Does Blood in Your Stool Mean? 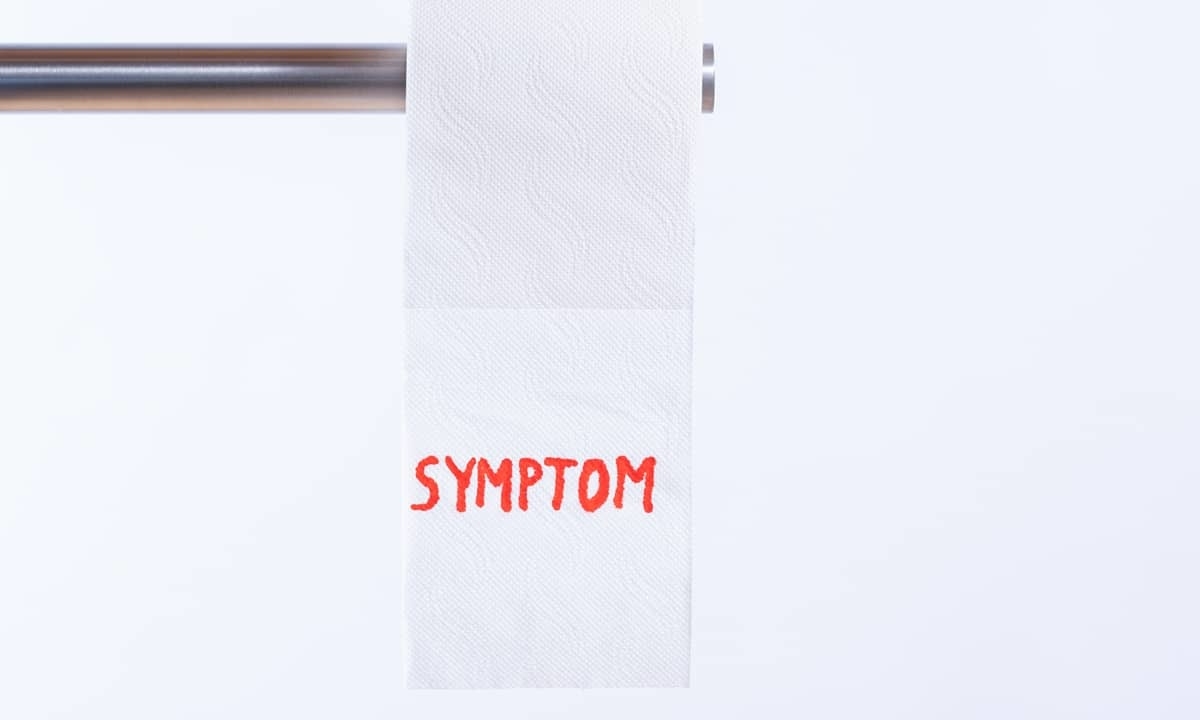 Gastrointestinal problems are so common all over the United States, yet most people don’t really like to talk about them. This is especially true when the topic of poop comes up; though it’s often seen as taboo, the truth is that the visual look of our feces can provide important information about our digestive health. While color and consistency can generally be helpful to recognize, it’s the presence of blood in stool that can point to some specific conditions. Some of these potential conditions are mild and some are serious, so it requires a doctor’s discernment to really get a firm diagnosis.

Looking down into the toilet after you’ve finished and seeing blood is sure to be alarming for almost anyone if they haven’t seen it before. Everyone instinctively knows that you’re not supposed to see blood, so it’s easy to feel a little panic over wondering why the blood is there. Sometimes, of course, what looks like blood may not even be blood. For instance, eating foods like beets or cranberries or anything that uses a lot of red food coloring can temporarily make stool look like it contains blood.

If you do see blood in your stool, it is usually directly in the stool itself, in the toilet water, or even on the toilet paper after wiping. In some cases, blood may be present in the stool yet not visible to the naked eye. All of these details can give some indication about the type of bleeding or the possible cause. Below are some common examples of how blood may appear in your stool and where the bleeding may have taken place:

There are, of course, many variations in color and consistency from person to person, so none of these indicators are meant to be hard-and-fast rules. For instance, you may have bleeding in the gastrointestinal tract without it even showing up in the stool; instead it may be visible in vomit. Also, sometimes the blood found in stool is only visible under a microscope after a stool test. In such cases it’s possible to additionally have abdominal cramps because of blood irritating the lining of the stomach or elsewhere along the digestive tract.

Possible Causes of Blood in Stool

Although everyone is different, a person with a healthy digestive system should have poop with a recognizable brown color that’s vaguely sausage-shaped and relatively smooth. When something is amiss—either a temporary or chronic condition—the color, consistency, and shape can all change in a way that hints at the underlying problem. With the presence of blood in one’s poop, though, the diagnosis can be a little more challenging. Below are some common causes of blood in stool:

How is Rectal Bleeding Diagnosed?

As noted above, the potential reasons for blood being visible in stool are varied and may present differently for different people. This is why it is difficult to accurately diagnose the cause of bleeding based on just one symptom. In addition to the presence of blood, a doctor will look at your medical history and other symptoms in order to gather more information. With asking the right questions, the doctor will often be able to narrow down the possible causes.

Because rectal bleeding can be a symptom of so many conditions, though, there are many situations when a more thorough investigation is called for. If the cause can’t be identified simply through a description of current systems, doctors have a series of tests that can further narrow down or confirm the cause. Beyond a physical examination of the anus and rectum, the doctor may order a colonoscopy or sigmoidoscopy to visually inspect the inner lining of the digestive tract. The doctor may also use what’s known as a fecal occult blood test; this test is primarily used when the presence of blood is suspected but not visibly apparent.

When Should You be Concerned?

If you see a tiny bit of blood on toilet paper or in the toilet, it’s probably not a cause for concern. But if you see blood after multiple bowel movements or if it seems like a lot of blood, there could be a more serious underlying condition. At Cary Gastro, we are passionate about providing you with excellent digestive health care; if you have been experiencing bloody stool and would like to speak with a gastroenterologist, please contact us today to request an appointment. Our dedicated staff is eager to help.