Cary Gastroenterology Associates | What to Know About Esophageal… 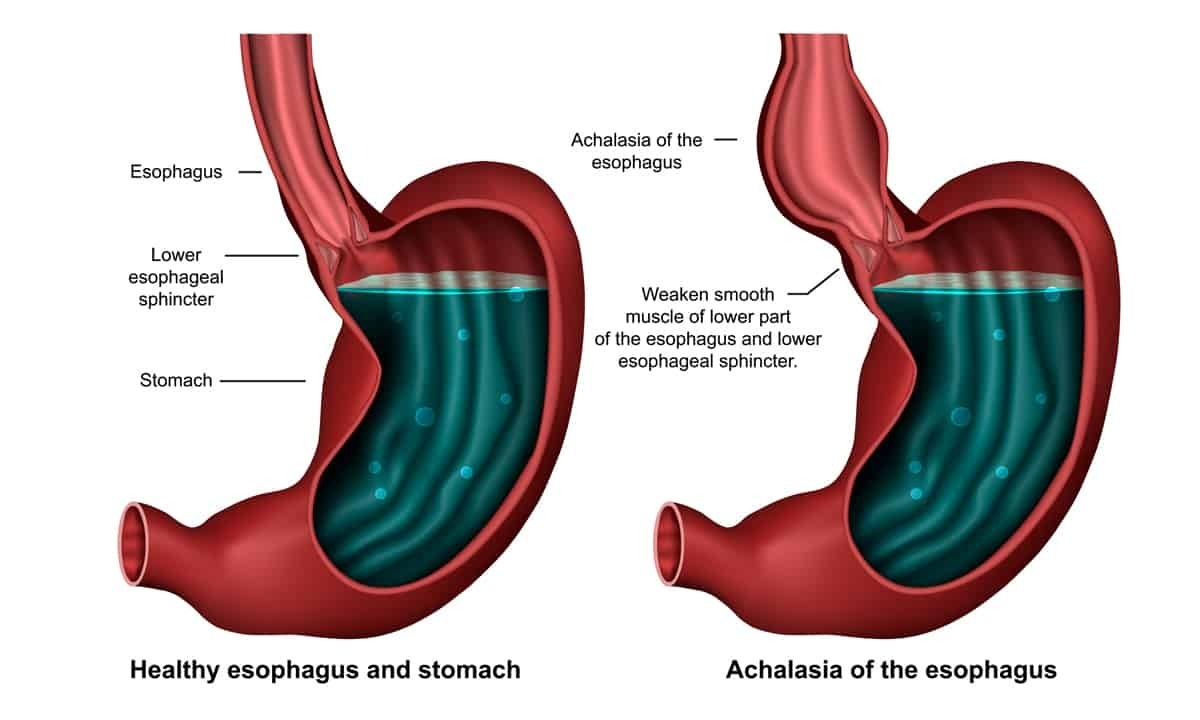 All day, every day, the various muscles in our body contract and relax based on our conscious decisions or regular autonomic functions. Sometimes, though, certain muscles have trouble relaxing after contraction; this abnormal function can cause a number of symptoms and additional health problems. One somewhat rare example of this is the condition known as achalasia. While achalasia can potentially occur with smooth muscle anywhere in the body, the most common location is in the esophagus, the hollow tube that connects the mouth to the stomach.

Achalasia and the Esophagus

In patients with esophageal achalasia, however, the lower esophageal sphincter is unable to relax. This prevents recently swallowed food from actually making it into the stomach. In addition to LES malfunction, the muscle surrounding the rest of the esophagus has reduced or impaired function, including peristalsis. Achalasia is a relatively rare condition that affects about 1 in 100,000 each year. Anyone can develop achalasia, though it is most common in men and women ages 25 to 60.

Unfortunately, not much is known about the underlying reason for why the esophageal muscles begin to malfunction. Given that the lower esophageal sphincter is regulated by neurotransmitters from the enteric nervous system, one possible explanation is that achalasia is an autoimmune response. In this theory, a virus or other pathogen infects the lining of the esophagus; the immune system detects this pathogen and inadvertently attacks nerve cells in the muscle layers of the esophagus. This then leads to excessive contractions and an inability to subsequently relax.

More research is needed to truly understand this condition, however. While achalasia may be an autoimmune condition, it may not occur because of infection. There is some evidence that the condition is genetic and therefore passed on from a family member. Although not a candidate for an underlying cause, there is a rare tropical parasitic illness called Chagas disease that is spread by insects in Central and South America. The presence of the parasite in the body triggers an autoimmune response that can lead to the development of achalasia.

The main symptoms of achalasia are due to the direct physical impact of lower esophageal sphincter not relaxing. When this happens, solids and liquid cannot enter the stomach to continue to progress through the gastrointestinal tract; food backs up in the esophagus and often causes regurgitation. If left untreated, the symptoms worsen over time and serious complications may follow. Below are some common symptoms of achalasia:

In many cases, the symptoms of esophageal achalasia can essentially mimic the symptoms of acid reflux (heartburn) and its chronic counterpart, gastroesophageal reflux disease (GERD). Both GERD and achalasia are influenced by the malfunction of the lower esophageal sphincter, but in GERD the LES has trouble closing while in achalasia the LES has trouble opening. In each case, though, the disruption to the digestive process yields some similar results. There is also evidence that people may be more susceptible to achalasia after having GERD.

If left untreated, one of the more extreme complications or side effects of achalasia is the phenomenon known as megaesophagus. When the LES stays closed for too long, backed up food stretches the esophagus to the extreme. Most people are unaware of the blocked passage and will continue to eat and drink while the esophagus continues to swell. The resulting nausea eventually leads to an uncontrollable urge to vomit. In some situations, the regurgitated food can become drawn into the trachea; the bits of partially decayed food can then cause a lung infection or pneumonia.

One of the other complications of achalasia that can be a major concern is also related to the condition being left untreated. In cases where the lower esophageal sphincter is tightly closed, literally no food or water can be broken down by the stomach or absorbed by the intestines. Without medical intervention, the condition can progress from rapid weight loss to starvation and death fairly quickly. Moreover, severe or repeated instances of achalasia can also increase your risk of developing esophageal cancer.

Because achalasia has similar symptoms as GERD and some other gastrointestinal conditions, diagnosis sometimes requires multiple steps. One of the most common tests used to diagnose achalasia is an X-ray with a barium swallow. The patient is given a barium solution (usually in liquid form) to ingest; barium is used as a contrast medium so that abnormalities in the gastrointestinal tract can be more easily observed during an X-ray.

Another very common test is upper endoscopy. In this test, the doctor feeds the long, flexible endoscope down the esophagus to look for problems in the esophagus. The mounted camera allows direct visual examination, and small tools allow the doctor to collect a sample for biopsy or even remove lesions. If visual tests are still inconclusive, esophageal manometry is another option. Through a carefully placed catheter, this test measures the motor function and timing of the lower esophageal sphincter. This test can help a doctor determine whether or not the LES is properly relaxing in response to swallowing.

There is unfortunately no known cure for achalasia, but there are a variety of treatment options for easing or managing the symptoms. In some cases, treatment can also improve the relaxing function of the LES and prevent additional complications. Below are some of the standard options available to doctors:

As noted, the symptoms of achalasia can sometimes be mistaken for GERD or another gastrointestinal condition. If you’ve experienced difficulty swallowing, food regurgitation, or any of the symptoms listed above and they’ve been getting worse, it may be time to see a gastroenterologist. At Cary Gastro, our dedicated staff is passionate about providing excellent digestive healthcare so you can have maximum quality of life. Please contact us today for more information or to request an appointment.