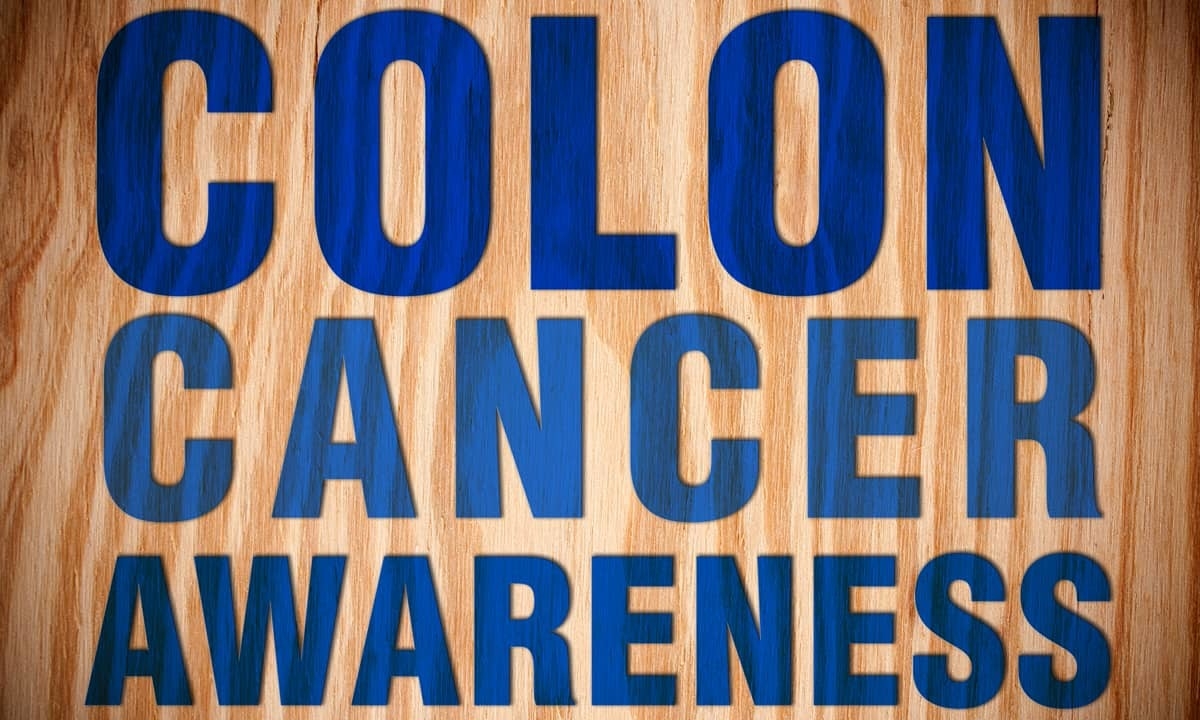 Every year, over 140,000 Americans get diagnosed with colorectal cancer, and every year over 50,000 die from it; in fact, colorectal cancer is the second-leading cause of cancer death in the United States. In order to increase awareness of this devastating disease, one month a year (March) is recognized as National Colorectal Cancer Awareness Month. Year-round, however, the message from doctors and healthcare practitioners all across the country is clear: get screened early. Indeed, according to the American Cancer Society (cancer.gov), the 5-year survival rate is 90% when the cancer is detected at the earliest stage through early detection screening tests.

What is the Colon and What Does it Do?

In the course of the normal digestive process, food that has been mashed into a pulp in the mouth (known as a food bolus) makes its way to the stomach where it is subjected to a first round of digestive juices. The resulting semi-liquid substance, called chyme, is then passed to the small intestine. In the small intestine, enzyme-rich juices from the pancreas, liver, and the small intestine itself combine to break down the chyme into constituent nutrients that can be absorbed into the bloodstream.

By the time the chyme reaches the large intestine, the chemical digestion of food is complete, and the now mostly liquid chyme consists primarily of waste products, undigested food, and dietary fiber. As it passes through the different segments of the colon, water and electrolytes are absorbed by the colon’s mucosal inner lining. Although the colon doesn’t produce digestive enzymes to further digest foods, there are thriving colonies of gut microbiota that can metabolize and synthesize important vitamins.

As water and salts continue to be absorbed, solid stool begins to form. The movement of the stool through the colon is aided by bands of muscle called teniae coli that run the length of the colon. In a normally functioning digestive tract, by the time the stool reaches the sigmoid colon, it is solid (but still somewhat soft) and ready to be expelled through the rectum and anus. A series of sphincter muscles controls the process of defecation.

Colorectal cancer (CRC) is an abnormal growth of cells in the colon or rectum that can spread and eventually travel to other parts of the body. The term colorectal cancer is often used to group together colon cancer and rectal cancer because the two conditions are closely related in proximity, symptoms, and progression. Over time, the cancerous mass that forms leads to widespread cell death that ultimately causes a variety of unpleasant symptoms and the loss of function to the colon.

Colorectal cancer usually starts as small growths on the inner lining of the colon or rectum called polyps. Colon polyps are typically benign overgrowths, but these fleshy masses can turn cancerous over time (often a period of many years) depending on the type. Hyperplastic polyps have low malignancy potential and thus rarely become cancerous; inflammatory polyps, the kind associated with inflammatory bowel diseases (IBD) like ulcerative colitis and Crohn’s disease, are also unlikely to lead to cancer. Adenomatous polyps, by contrast, are considered precancerous because they have a much higher likelihood of eventually turning into cancer.

Many colon cancer symptoms are similar to common gastrointestinal diseases like IBD, hemorrhoids, or irritable bowel syndrome (IBS), and so many people with these symptoms may not actually have cancer. Nevertheless, the presentation of the following symptoms should be cause to seek out a doctor for diagnosis:

In terms of cancer in general, doctors and scientists don’t yet fully know the cause. Researchers have identified a number of risk factors that are associated with colorectal cancer, but it is unclear how precisely these various factors combine to cause cancer. What is known, however, is that mutations in our cells’ DNA, especially the genes that control cell division, can cause the kind of cell overgrowth that can eventually lead to cancer. The two types of genes involved are called oncogenes and tumor suppressor genes.

What causes these gene mutations is also unclear, but it has become apparent that some can be passed through family lines. While rare, these inherited mutations can bring about familial adenomatous polyposis (FAP), one example of an inherited condition where numerous adenomatous polyps form and often lead to colorectal cancer. The vast majority of genetic mutations appear to be acquired during the course of life and can’t be passed on to progeny. No specific, single path of mutation to colorectal cancer has been identified, but in a large number of cases the initial mutation is in the APC gene, a type of tumor suppressor gene that normally regulates excessive cell growth.

Since colorectal cancer is so common among cancer types, and in light of these risk factors, there are a number of preventative measures that can be taken to reduce the chances of developing colorectal cancer. The National Cancer Institute (cancer.gov) offers a variety of lifestyle recommendations that can help significantly reduce the chances of getting cancer. Many of these methods involve increasing daily exercise and physical activity as well as adopting a healthier diet with fewer trans fats.

When someone is diagnosed with colorectal cancer, the options for treatment vary depending on the “stage” of the cancer. Staging is determined by how much cancer is in the body and whether or not it has spread from the original site of the colon or rectum. This estimation system ranges from stage 0 (very early) to stage IV (very advanced) and has a series of subgroupings that indicate tumors (T), involvement of the lymph nodes (N), or metastasis (M).

A surprising number of people avoid getting a colorectal cancer screening either because of the fear of the tests themselves or a belief that no symptoms = no cancer. The unfortunate truth is that the presence of symptoms usually indicates that the cancer is already beyond early stages when treatment is the most effective. For this reason, it is imperative to get screened as soon as possible; for people with low relative risk of colon cancer, doctors recommend first getting screened at age 50, and for people with average risk or increased risk, the recommended age is 45.

If you are age 45-50 and haven’t been screened yet, it’s time to schedule it with a qualified gastroenterologist. At Cary Gastroenterology Associates, our board-certified physicians are dedicated to the goals behind National Colorectal Cancer Awareness Month. Contact us today to make an appointment and take control of your health; based on your history and risk factors, we’ll be able to determine if a colonoscopy, stool test, blood test, or another screening method is best to make sure you’re cancer free.