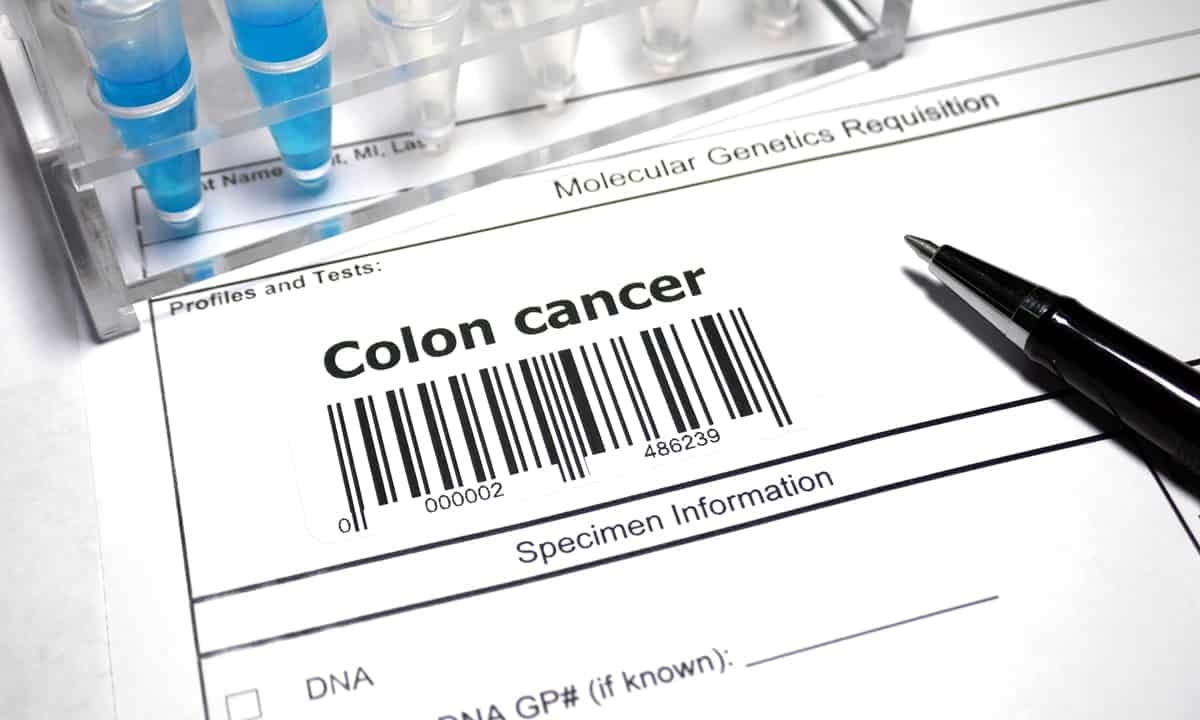 “You have colon cancer.”

Those words can hit like a freight train. Knowing you have a disease that the American Cancer Society predicts will kill more than 53,000 Americans this year is frightening. But is every diagnosis of colon cancer a death sentence?

It turns out there are several stages of colon cancer, and the chances of survival if your cancer is found early can be quite high. If your doctor has found early stage cancer in a regular colonoscopy, there is a good chance that routine screening has just saved your life. As time goes by, your cancer spreads and will become more complex, making it less and less likely you will be able to treat it.

Cancer occurs when tissue in your body begins to multiply out of control. The mechanisms that normally keep your tissues multiplying at a regular rate stop working and the affected cells will keep growing and invading surrounding tissues. Eventually, these growths will continue to spread and destroy other tissue, eventually causing serious health consequences or even death.

All cancers develop over time, some faster than others. To help understand the risks and make informed treatment decisions, doctors break the progress of cancer up into several stages. These stages help to define how far your cancer has spread, and determine what treatment options may be available. These stages are also used by doctors to help you understand the likelihood of your survival from the disease.

Cancers are named for the parts of the body first affected, so colorectal cancer or colon cancer is the term given to a malignant growth found in the lining of the colon or rectum. Though cancer cells begin in one part of the body, they spread over time, which means a disease that starts in one location must be stopped there before it can affect nearby organs.

How is Colon Cancer Staged?

Like all cancers, colon cancer is staged from stage 0 to stage IV (cancer stages are typically written with Roman numerals) with A-C sub-stages used to help describe particular states of cancer progression. With colon cancer, the stages are determined by the location of the cancerous cells and how far into the wall of the colon, nearby tissues, and nearby lymph nodes the cancer has spread. A general overview of the various stages of colorectal cancer is described below.

This is the earliest stage of cancer development. At this point, cancer is also referred to as carcinoma in situ. Cancer cells are contained in the inner lining, or mucosa, of the wall of the colon (or large intestine). Your chances of recovery at this stage can be quite high, with five-year survival rates being as high as 90%.

This next stage of cancer growth begins when the cancer cells or tumor begin working deeper into the layers of the colon. In stage IA, the cancer has reached the submucosa, and in some cases may have reached the next layer known as the muscularis propria. At this point, your cancer is still well contained, and there may still be a good chance of recovery.

Beginning at stage II, things begin to get more complicated. If you are diagnosed with stage II colorectal cancer, your doctor has found cancer growing into and even past the outermost layers of the colon or rectum. At stage IIA, the cancer has reached the other layer of the colon, but has not spread to nearby lymph nodes or any other tissues throughout the body. By stage IIB, cancer is found all the way through the wall of the colon, and finally in stage IIC, the first cancerous cells are found attached to nearby organs and tissues.

The good news is, even at stage IIC, cancer has not reached your lymph nodes, and is not yet found in distant sites in the body. In these cases, treating or removing cancerous tissue is still focused on a small area of the body.

Stage III describes a path of disease progressing that is different than stage II. Rather than simply finding a localized tumor, if you have stage III colon cancer, your doctor has found cancer in nearby lymph nodes but it has not been found in distant organs around your body.

At stage IIIA, either your cancer will have remained in the submucosa of the colon, but is found in 4-5 lymph nodes nearby, or it may be found deeper in the wall of the colon as well as near the lymph nodes.

In stage IIIB there are several options. It is possible your cancer may only have reached the submucosa, or it may have grown through the outermost layers of the colon and may even have reached a layer called the visceral peritoneum but has not reached other nearby organs. At stage IIIB, cancer may be found in the fat layer surrounding nearby lymph nodes, or in as many as seven nearby lymph nodes.

All types of stage IIIC colon cancer feature growths that have reached to or through the outermost wall of the colon, and may have reached the visceral peritoneum. Depending on the pattern of progression, cancerous cells may be found in more than seven lymph nodes, but will still not be found in distant areas of the body.

By the time you are diagnosed with stage III cancer, regardless of the type, your chances of survival are significantly smaller than with previous types of cancer. Cancer treatments are still available, but you may be facing a longer, more complex fight to rid your body of cancer.

Stage IV is the last and most severe form of colon cancer. Rates of survival are lower at this stage than any other. By this stage, cancer could be found throughout your peritoneum (the lining of your abdomen) and may be found in distant parts of the body as well.

As with the other stages, stage IV colorectal cancer can be broken up in the A, B, and C varieties depending on whether the primary tumor has grown through the wall of the colon, and how many other organs are affected. For stage IVC, it is possible no other major organs are involved. If your doctor classifies your cancer as stage IVB, many different organs such as your lungs or liver could be affected.

Common to all types of stage IV cancer is the likelihood that cancer is found in lymph nodes throughout your body. This spread is part of what makes stage IV cancer frightening, as it is more difficult to treat. Rather than being able to remove a small section of affected tissue or target a primary tumor with radiation therapy, many areas of your body now have to be treated.

The beginning of any treatment plan is discovery. Knowing what you are up against is always the first step, which is why regular colon cancer screenings and getting a colonoscopy at the recommended interval for your age is crucial.

There are different options for treating colon cancer, and not surprisingly some options are only available for cancers at certain stages. For stage 0 cancers caught very early, surgery to remove the cancer cells is usually enough. For stage I, surgery can still be an option, though it is usually more complex based on the size and the position of the tumor.

At stage II and beyond, things become more difficult. It may become necessary to remove whole sections of your colon in an attempt to eradicate the cancer. If any lymph nodes have become involved, they may need to be removed as well. At this point, chemotherapy becomes a potential treatment.

Beyond stage II, extensive surgery is almost guaranteed, as is chemotherapy. Radiation therapy may also be recommended depending on the location and nature of your cancer.

How advanced your cancer is when it is discovered is only part of the picture when it comes to how deadly cancer might be. Several other risk factors can have an impact on the likelihood of your getting cancer in the first place, and may affect how well cancer treatment works for you.

These risk factors for colon cancer include having three or more alcoholic drinks per day, smoking cigarettes, having a history of ulcerative colitis or Crohn's disease or other cancers, a family history of colon cancer, and even your age.

A Colonoscopy Could Save Your Life

As you grow older, getting regular medical screenings becomes more and more important. This is especially true with screening tests that can save your life. Catching colon cancer early is one of the most important factors in beating this deadly disease.

If you have known risk factors for cancer, there is even more reason to get checked early and often for colon cancer. Early stage cancers often respond quickly to cancer care, and catching cancer early gives you doctor the best treatment

If you have been waiting or wondering about a colonoscopy, now is the time to act. March is Colon Cancer Awareness Month, and that makes it the perfect time to get screened for colorectal cancer. Make an appointment today with Cary Gastroenterology Associates. That appointment could save your life.