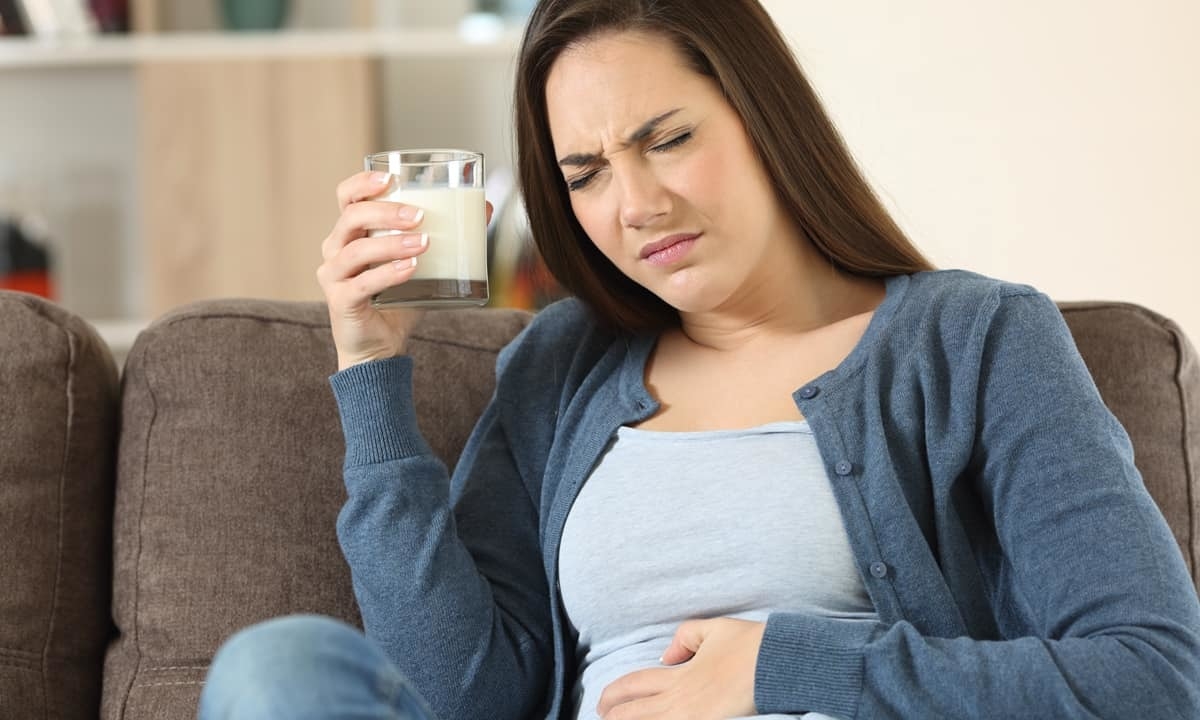 “Poets have been mysteriously silent on the subject of cheese.”

Poets may not have mentioned cheese much, but it certainly has been a part of the human diet for a very long time; indeed, historians have estimated that the production of cheese and other milk products goes back some 7,000 years! Yet as beloved as milk and cheese and ice cream are by different cultures all over the world, there are some people who simply can’t partake without a belly full of hurt. That condition is known as lactose intolerance.

To understand lactose intolerance, it’s helpful to understand lactose and how the body deals with it on a chemical level. Lactose is a disaccharide, which is a double sugar molecule formed by two simple sugars (the monosaccharides glucose and galactose). Lactose is also known as milk sugar, because it gives milk its sweetness and makes up approximately 2-8% of milk by weight.

Lactose is an especially important dietary element for humans and all other mammals when they are infants; in fact, the ability to nurse young through milk secreted by mammary glands is the defining characteristic of mammals. In humans, mothers typically nurse their children for the first six months of life, and the lactose present in the breast milk is a key nutritional component that supports an infant’s development.

What is Lactose Intolerance?

In order for lactose to be metabolized and thus used by the body as energy, the lactase enzyme must be present in the digestive system. All infant mammals are born with the ability to produce lactase, and they are consequently able to break down the lactose into galactose and glucose. Glucose is especially useful as it constitutes the most important and plentiful source of energy for the body.

As mammals mature, they are slowly weaned off of their mother’s milk, and they begin getting nutrition from the same foods as other adults in the species. In most mammals, this weaning is accompanied by a gradual decrease in the production of lactase. From an evolutionary perspective, the lactase is no longer needed because the adult mammal will get the energy it needs from other, more nutritious sources. This eventual loss of lactase—and the resulting inability to metabolize lactose—essentially is lactose intolerance.

Amazingly, in most of the mammal world, lactose intolerance is actually the norm. Humans are the only species that continue to consume dairy products well after being weaned from their mother’s milk. Moreover, there is evidence that different cultural and agricultural factors have led certain groups of humans to evolve with a greater chance of losing lactose tolerance after infancy. This is thought to be, in part, because of different cultures relying less heavily on milk consumption as their local cuisines developed over millennia; for example, many Asian cultures have traditionally used very few dairy products.

In general terms, lactose intolerance is therefore caused simply by the small intestine producing low levels of lactase; as a result of this lactase deficiency, lactose isn’t broken down and absorbed. In the vast majority of people, the body producing less lactase is just a function of getting further and further away from the years of being an infant (which can be referred to as lactase nonpersistence). However, doctors typically divide the causes into four types:

What are the Signs and Symptoms of Lactose Intolerance?

In young children and adults who produce sufficient lactase, the lactose that enters the digestive system is broken down and used by the body. But in those who don’t produce sufficient lactase, the undigested lactose moves on to the colon with other waste materials; once there, the microbiota in the colon actually utilize the lactose as food, and the reaction from that bacterial process can cause a number of unpleasant symptoms:

The symptoms can range from mild to severe, and it depends in large part on the amount of lactase their body produces and the amount of lactose that was ingested; if, for example, a person who produced very little lactase had a lot of lactose, their symptoms would be more severe. The symptoms typically present shortly after consumption of lactose-containing food or beverage—usually one or two hours.

Is There a Test for Lactose Deficiency?

Since the symptoms for lactose intolerance could easily be mistaken for another gastrointestinal condition, doctors can turn to a lactose tolerance test in order to help make a diagnosis:

What Foods Have Lactose and Should Be Avoided in the Diet?

For those who actually have lactose intolerance, changes to one’s diet are inevitable. However, since different people produce different amounts of lactase, some lactose-containing foods can still be eaten, or eaten in smaller quantities. For anyone who is lactose intolerant, though, milk, cheese, yogurt, or any dairy products will likely have to be reduced or removed from the diet. It can also be found in some baked goods, breakfast cereals, instant soups, candy, salad dressings, or even deli meats.

Because lactose can be “hiding” in some common foods, people who are lactose intolerant will have to become regular readers of food labels in order to ensure a lactose free diet. The good news is that there are now many lactose-free versions of dairy products widely available at supermarkets. Also, over-the-counter products like Lactaid are essentially lactase supplements that can help the body digest lactose. Beyond that, foods that are rich in calcium and vitamin D (two valuable components in dairy products) can easily be used in place of dairy products: almonds, tofu, soy milk, kale, salmon, and egg yolks are just a few examples.

One potentially comforting aspect of lactose intolerance is that it can sometimes be self-diagnosed. If you have the symptoms associated with the condition, you can avoid foods and beverages with lactose for a couple weeks. If your bowel movements return to normal and you no longer have any nausea or abdominal pain, you may very well be lactose intolerant.

Still, if you suspect that you’re lactose intolerant, seeing a doctor is a wise move for your future digestive health. While the majority of people develop lactose intolerance simply as a factor of getting older, there can potentially be other digestive issues at play. To speak with a qualified gastroenterologist about your symptoms, contact us at Cary Gastroenterology Associates to make an appointment.