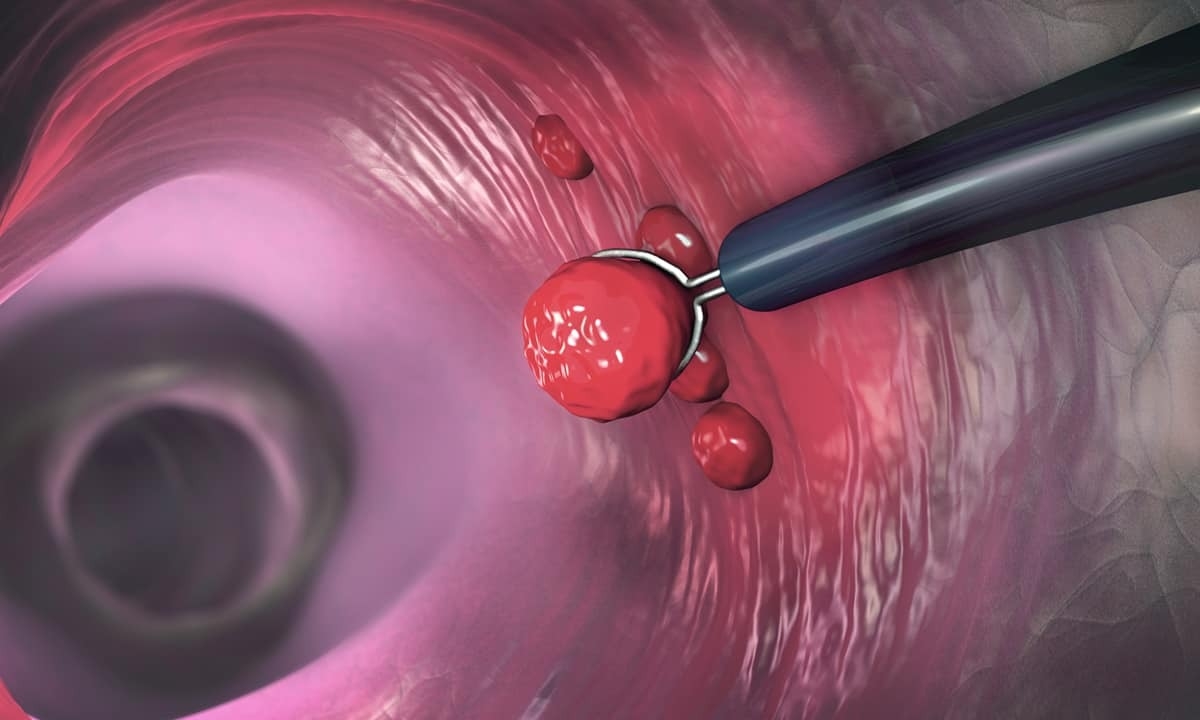 Even though polyps are considered abnormal growths of tissue (dysplasia), they are commonly found in the mucous membranes that line the internal organs of the body. For example, doctors estimate that between 15% and 40% of adults may have polyps somewhere along the lining of their colon. Most of the time, polyps are benign masses that aren’t a major concern; however, because of the possibility of malignancy, it is standard practice to have any polyps removed if discovered. One type that often gets overlooked is gastric fundic gland polyps, abnormal growths that are found in a certain section of the stomach.

In general, stomach (gastric) polyps are cellular mutations that can be either benign or cancerous (neoplastic), and they most likely develop from stomach epithelial tissue in the gastric mucosa. There are several types of gastric polyp that are defined, in part, by which section of the stomach they’re found in: cardia, body, pylorus, or fundus. The cardia is where the esophagus empties into the stomach, and the pylorus is where it empties into the duodenum. The body of the stomach is the main, central area while the fundus is the curved upper part that collects gas. Below are some of the most common types of gastric polyp:

Gastric polyps can develop in adults of all ages, but it becomes more common in people 65 and older. As the most common type, fundic gland polyps make up around 47% of the total incidence of gastric polyp. For reasons that aren’t fully understood, this type of polyp is more common in middle-aged women than other demographic groups. When found in groups, a patient can develop fundic gland polyposis, a syndrome that may suggest a higher risk of stomach or colon cancer.

The specific cause of gastric polyps is not fully known, and the same is true for fundic gland polyps (FGPs). However, research suggests that there is a strong link between the formation of polyps and chronic inflammation or irritation of the stomach lining. There are also a number of other risk factors that seem to increase the likelihood:

Gastric polyps don’t usually lead to obvious symptoms, so diagnosis can be difficult at first; larger polyps may even cause some abdominal pain or minor internal bleeding, but it wouldn’t necessarily be distinguishable from other gastrointestinal problems. Polyps are normally only found during an examination for other concerns. One of the main ways a gastroenterologist can examine the stomach is through an upper endoscopy. The endoscope, a thin flexible tube with a camera and tools mounted on the end, is fed down the esophagus and into the stomach.

More than 90% of gastric polyps found during an endoscopic examination are noncancerous. Some of these polyps found in the epithelium of the stomach can be considered benign just by visual examination, but some are suspicious and require further testing. Tiny surgical tools on the end of the endoscope allow the doctor to remove a polyp or have it excised in order to do a biopsy. Once the tissue sample is in the lab, various tests can be run to determine whether it is malignant and how far along the path toward gastric cancer it is.

For a lot of people, the first step of treatment happens at the same time as the examination. Since polyps tend not to present with symptoms, there’s usually another reason for using gastrointestinal endoscopy. If polyps are found in the mucosal tissue of the stomach, the doctor may decide to remove them right then, particularly if any of them seem to have high malignant potential. If there are more than can be reasonably removed at the time, the doctor will test the results of the biopsy and determine the next steps.

If the polyps turn out to be benign, the doctor will likely take a wait-and-see approach; this typically means seeing the patient one year later for follow-up endoscopy. If it is determined that the patient is at increased risk for cancer, annual endoscopies will probably be required. If the polyps are cancerous, there are a number of strategies for treatment, starting with removal of any dysplastic stomach tissue. Unfortunately, any malignancy in the stomach could mean malignancy elsewhere, so doctors may also recommend a colonoscopy or other tests on the digestive tract to make sure cancerous cells aren’t present anywhere else.

The hard part about having stomach polyps is that it rarely results in having obvious symptoms. If you’ve been having any unexplained digestive symptoms, it could be polyps or any number of other possible causes. This is why it’s important to take a proactive role in managing your digestive health. At Cary Gastro, we are passionate about providing exceptional digest healthcare that increases quality of life. Contact us today to request an appointment and be on your way to better health.