Cary Gastroenterology Associates | What Are the Early Warning Signs… 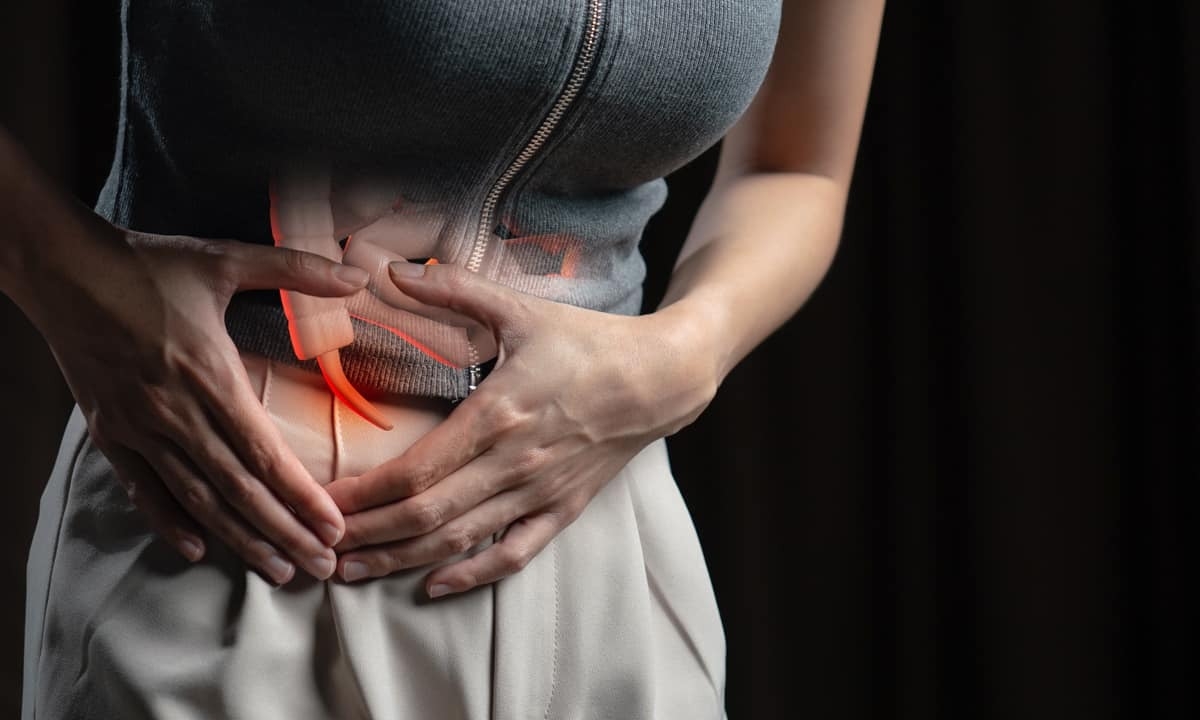 For much of recorded medical history, the appendix was perceived by doctors to be an unnecessary vestigial organ that had no discernible function. In recent years, however, that thinking has begun to change as new research has led medical professionals to consider new possibilities. What has always been true, though, is that inflammation of the appendix can cause significant problems—significant enough to warrant immediate surgery in order to prevent serious illness or death. Fortunately, all the attention on this little organ has made the warning signs of appendicitis much more clear.

What is the Appendix and What Does it Do?

The appendix is a small, worm-shaped organ situated in the right lower quadrant of the abdominal cavity near the junction of the small intestine and large intestine. The appendix protrudes from the cecum, the first part of the large intestine involved in the absorption of salts and electrolytes from the waste material that is passing into the colon. The length of the appendix can vary from 5 to 35 cm, and the diameter is usually around 6 mm; a diameter of greater than 6 mm is usually an indication of inflammation or swelling.

As noted above, the appendix was long thought to have no specific function, primarily because the removal of the appendix appears to have no ill effects on humans. In 2007, however, researchers from the Duke University Medical Center proposed a theory of its function based on the ever-evolving understanding of the presence of beneficial bacteria in the digestive system’s microbiome. The researchers have suggested that the appendix may be a “safe house” for these beneficial bacteria and a means of repopulating them in the colon if they are wiped out.

The debate over the function of the appendix will continue as more research is conducted, but more and more doctors are coming to accept this theory. Over the last few decades, the evidence has pointed to the gut microbiome playing a significant role in many aspects of health, even beyond having a well-functioning digestive system. Studies have shown that the health of these gut bacteria may impact metabolism, immune function, intestinal barriers, and even the biochemical communications between the brain and the enteric nervous system.

Appendicitis is the term for inflammation of the appendix, which is a common biological response when body tissues are exposed to irritants or pathogens. Inflammation can happen to essentially any tissue in the body, and it is usually a helpful immune response that ultimately eliminates the substance that caused the inflammation. In the case of acute appendicitis, the inflammation can cause the appendix to become distended and eventually burst; when that happens, bacteria is released inside the peritoneum in the abdominal cavity and can cause serious complications and even potentially death.

While it is possible to have chronic appendicitis, the most common (and life-threatening) form is acute appendicitis. Approximately 1 in 20 people in the United States will develop acute appendicitis at some point in their lives. It can happen at any age, though it most often affects people who are between 10 and 30 years old. The basic cause is typically a blockage of the hollow center of the appendix from a variety of different sources; common examples include feces, tumors, gallstones, or inflamed lymphoid tissue from an infection. The blockage reduces blood flow and increases bacteria and subsequent inflammation.

Early Signs and Symptoms of Appendicitis

Because of the inherent danger in the possible bursting of an inflamed appendix, it is important to take seriously any signs that there is a problem. Usually the first sign is pain in the abdomen near the navel (belly button) that may shift to the lower right side. Acute abdominal pain typically comes on suddenly and gets worse with movement, coughing, or walking. Some other symptoms may soon follow:

Once the pain begins, it may take a few hours to travel to the lower right side and become constant and severe. One of the telltale signs that it is appendicitis and not another condition is that the pain will not go away until it is treated. The specific site of the pain may also be different for different people; pregnant women, for instance, may feel the pain in the upper abdomen due to a shifting of abdominal organs that is normal during pregnancy.

The possibility of appendicitis should be regarded as an emergency, and you should seek immediate medical attention if you have any of the symptoms. Once you meet with a doctor in the emergency department, they will typically perform a medical exam and run a blood test and urine test to rule out any other conditions like peritonitis, a urinary tract infection, gastroenteritis, diverticulitis, inflammatory bowel disease, and Crohn’s disease. The doctor will also likely order an imaging test like computed tomography (CT scan) or abdominal ultrasound to confirm a diagnosis of acute appendicitis.

The standard treatment for appendicitis is an appendectomy, the surgical removal of the appendix. There are some less severe cases of appendicitis where antibiotics may be prescribed to treat the primary inflammation, but many of those patients will eventually need to have their appendix removed anyway because of a recurrence of inflammation. In either case, antibiotics will still be prescribed in order to help deal with any possible infection. In some situations where the appendix has already burst, an abscess will form in the area; this will need to be drained before surgery can be performed several weeks later.

Appendectomies require a hospital stay and can be performed either as an open surgery or laparoscopically, depending on the person; a patient with an abscess, for example, will usually require open surgery so the abdominal cavity can be cleaned of any fluid. Laparoscopy is currently the most common approach, however, because it is considered minimally invasive and has the quickest recovery time. A laparoscopic appendectomy is performed under general anesthesia and several small incisions are made in the abdomen; after the appendix has been cut from the cecum, it is removed through one of the small incisions.

Appendicitis can be a scary experience, but the good news is that it is a condition that has been well documented for literally hundreds of years. By being mindful of the typical signs of a problem with your appendix, you can be prepared to seek help if those signs ever become apparent. Moreover, an appendectomy is one of the most common surgical procedures in the United States and around the world; this also means that it is one of the safest types of surgery with a less than 1% mortality rate.

If you have been experiencing any of the appendicitis symptoms listed above, be sure to seek medical advice as soon as possible. With quick action, you’ll have an excellent chance to get the help you need and avoid any serious illness. If you have other gastrointestinal symptoms that have been bothering or concerning you, it might be time to see a qualified gastroenterologist. At Cary Gastro, we are dedicated to providing only the best digestive healthcare for you and your family. Please contact us today to request an appointment.