Cary Gastroenterology Associates | What You Need to Know About… 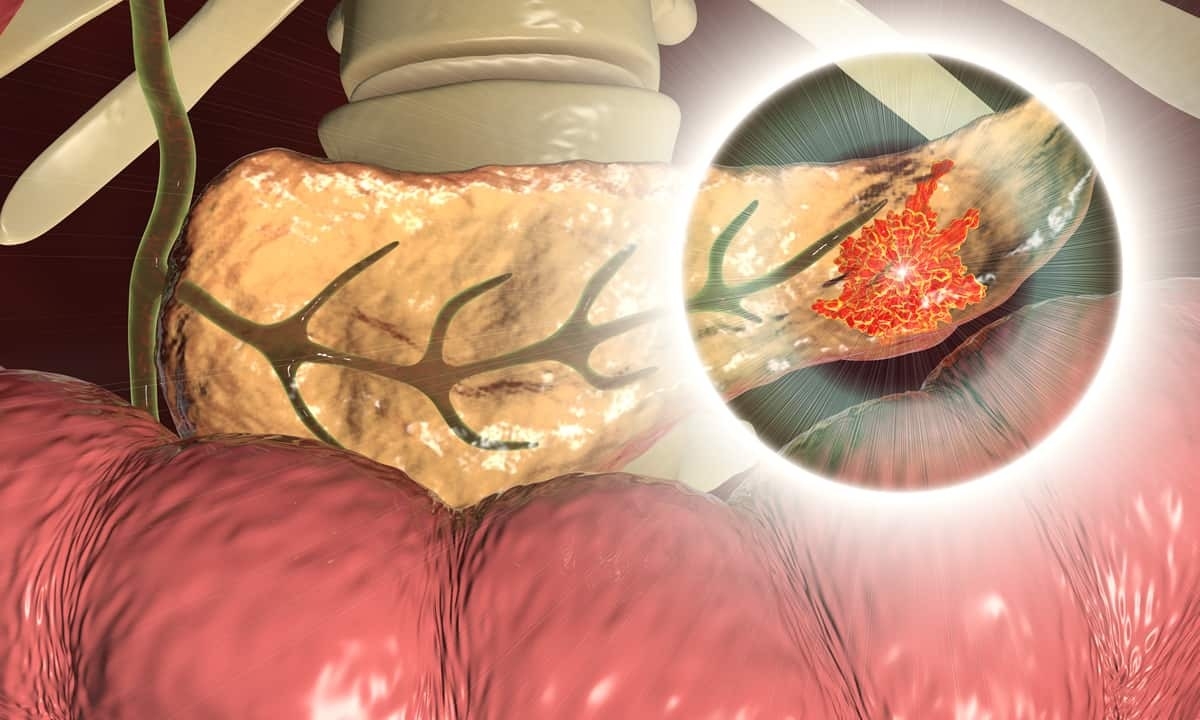 According to the American Cancer Society, the U.S. will see nearly two million new cancer cases and over 600,000 cancer deaths by the end of this year. The good news is that the overall incidence of cancer has been going down in the last few years, but unfortunately there are some types of cancer that have been trending the opposite way. One prominent example of this is pancreatic cancer; even though it only accounts for 3% of all cancer cases, pancreatic cancer accounts for 7% of all cancer deaths.

What Does the Pancreas Do?

Endocrine Function: The term endocrine refers to substances being produced and secreted directly into the bloodstream. The pancreas does this through a cluster of cells called the islets of Langerhans; messenger hormones released here are important in digestion and more specifically in the regulation of blood sugar:

Exocrine Function: The term exocrine, by contrast, refers to substances that are secreted and released by a duct. In the case of the pancreas, enzymes are produced and travel to the digestive tract via pancreatic ducts. These enzymes are part of the digestive juices that break down food so that the nutrients can be absorbed by the small intestine:

What Is Pancreatic Cancer?

Pancreatic cancer is so named because it begins in the pancreas, but it is the same as all cancers in that it starts with the abnormal growth of cells that leads to mutations. Any of the cells in the pancreas can potentially lead to overgrowth and cancer, but pancreatic tumors are more likely to form in the cells related to exocrine function rather than those related to endocrine function. Below are some of the most common types of pancreatic cancer:

Like most other types of cancer, the early stages of pancreatic cancer don’t usually present with any notable symptoms. In fact, by the time cancer symptoms do become apparent, the cancer cells have likely spread to areas outside the pancreas. However, one of the earliest symptoms is jaundice, a yellowing of the skin and eyes that is caused by a blockage in the common bile duct. If left undiagnosed and untreated, symptoms can also eventually include abdominal pain, unexplained weight loss, nausea, vomiting, and a lack of appetite.

Doctors don’t really know what causes the abnormal growths that can lead to pancreatic cancer, but a number of risk factors have been identified. It is much more likely to develop, for example, as people get older; in fact, almost all pancreatic cancer patients are over the age of 45. It is also more likely to develop in men than women. While some of these factors are inherent and can’t be changed, there are also some that are related to lifestyle:

Before a course of treatment is determined, a doctor of oncology must make a pancreatic cancer diagnosis. Because it is difficult to detect this type of cancer early on, the doctor may look to imaging tests like an endoscopic ultrasound or cholangiopancreatography, a type of MRI that looks specifically at pancreatic and biliary ducts. In some cases an endoscope may be used to biopsy a tissue sample to test for cancer. There are also some markers for tumors that can be detected through a blood test.

Once cancer has been diagnosed, the treatment will depend on the specific type of pancreatic cancer and the extent to which it has spread. If it is still early on, it may be possible to eliminate the cancerous cells. If the cancer is at a more advanced stage, though, the options may be limited to preventing the further spread or improving quality of life. Below are some common treatment options:

Request an Appointment With a Gastroenterologist

As alluded to above, it’s very possible to have pancreatic cancer without knowing about it because of a lack of symptoms. If you think you might have pancreatic cancer, or if you have other symptoms related to the digestive system, contact Cary Gastro to request an appointment. We are passionate about providing excellent digestive health care so that you can have peace of mind and a maximum quality of life.