Cary Gastroenterology Associates | Why Might I Need a Barium Swallow… 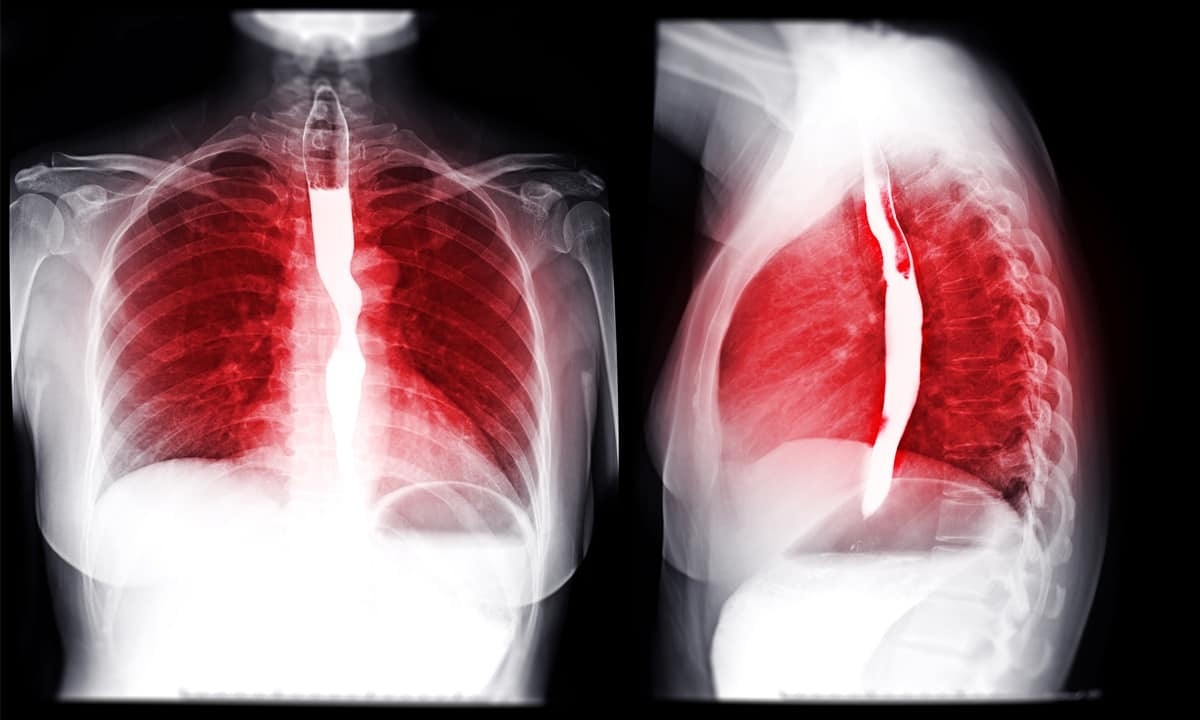 The gastrointestinal system is a complex body system that comprises numerous organs and tissues. It is governed by the enteric nervous system, a division of the autonomic nervous system, and it is responsible for turning food into energy and eliminating waste from the body. Because of its complexity, though, the gastrointestinal system is prone to a variety of diseases and disorders and dysfunctions. Also, because many of the symptoms of digestive problems are common, it can be difficult to diagnose without further tests. One of the tools used by doctors to make a firm diagnosis is a barium swallow test.

What Is a Barium Swallow Test?

A barium swallow test, also sometimes referred to as an upper GI series, is an imaging test performed by a radiologist that uses X-ray and fluoroscopy technology. X-rays provide doctors with a series of radiographic images that help visualize different sections of the gastrointestinal tract. A key component of a barium swallow is the introduction of a contrast medium into the body; such substances serve to increase the contrast between structures and fluids in the body. When used alongside an X-ray, the radiologist can get a much clearer picture of any abnormalities that are present.

One of the most common radiocontrast agents used for such tests is barium sulfate. Barium sulfate is an inorganic compound that has many uses in industry and technology. However, because it is insoluble in water, it also cannot be absorbed by the body. This means it lingers and its density makes it impenetrable to X-rays; as a result, it can coat various internal surfaces inside the body and make them visible on radiographs. Prior to the X-ray, the patient is asked to drink a barium sulfate suspension that easily coats the pharynx, esophagus, stomach, and bowels.

What Is a Barium Swallow Test Used to Diagnose?

As noted earlier, the gastrointestinal system is complex and can be subject to many different medical or functional problems. In some circumstances, an evaluation of the symptoms in light of family history and other factors can lead to a diagnosis. But common symptoms like diarrhea and constipation can be an indicator of so many possible conditions that other steps are needed. Below are some of the conditions that a barium swallow test may be used to diagnose or confirm:

What Is Involved in a Barium Swallow Test?

Unlike endoscopy, which typically involves twilight sedation and feeding the endoscope down your esophagus, the barium swallow test (also known as a barium esophagram) is relatively easy to perform. You’re generally instructed to fast the night before the test is scheduled; in some cases you may be asked to avoid particular medications. The barium solution is a chalky mixture that can be unpleasant in terms of taste. A series of X-ray images are then taken as the liquid moves through your digestive system and coats various surfaces. The radiologist will be reviewing the images to look for any abnormalities.

The whole procedure usually takes around 30 minutes. And because of how simple it is as an outpatient procedure, you’ll be able to return to a normal diet and activities immediately. One of the benefits of a barium swallow test is that it has very few side effects; some patients complain of chalky stool the next day or nausea as a result of drinking the barium liquid. If the doctor doesn’t detect any abnormalities or can’t rule out enough other conditions to make a diagnosis, other tests may be needed.

A barium swallow study is just one of the many tools available to a gastroenterologist for diagnosing problems with the digestive system. We all have gastrointestinal symptoms at times, and they’re usually mild and go away on their own. If you’ve been experiencing recurrent or worsening symptoms, or if you have noticed changes to your bowel habits, it could be an indication of a more serious condition. At Cary Gastro, we are passionate about providing excellent digestive healthcare and helping improve quality of life. To talk to a gastroenterologist, contact us today to request an appointment.