Cary Gastroenterology Associates | About the Gallbladder 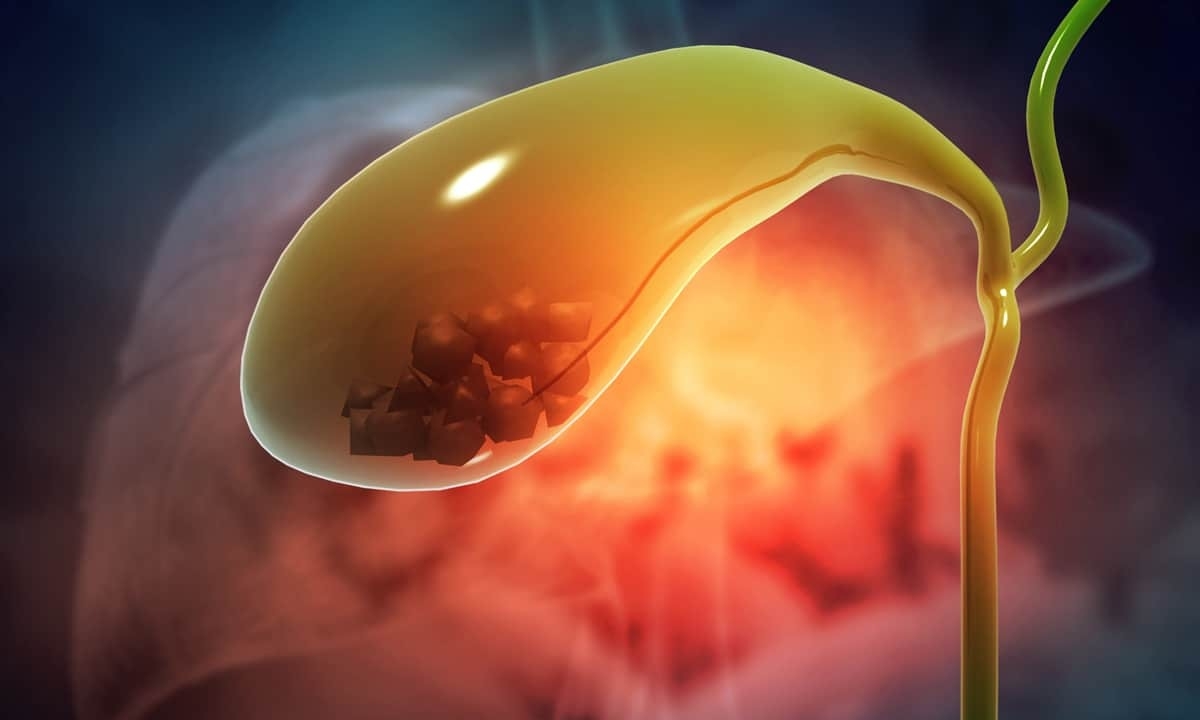 What Is the Gallbladder?

While you have undoubtedly heard about the gallbladder, you might not be very concerned about it unless it begins to malfunction or develop some kind of problem. Yet as small and unimposing as it is, the gallbladder has an important role to play in the digestive system. Also known as the cholecyst, the gallbladder is a hollow, pear-shaped organ located beneath the right lobe of the liver. It measures about 3-4 inches long and 1 inch wide with a storage capacity of 1.8 ounces of fluid.

The primary purpose of the gallbladder is to store bile, a fluid produced by the liver that is usually a greenish-yellow color; the green and yellow pigments in bile are also responsible for the normal brown color of feces. Because it is stored and concentrated in the gallbladder, bile is sometimes also referred to as gall. The majority of bile is water, but it also contains bile salts, bilirubin, cholesterol, fatty acids, and lecithin. Together, this solution is an important component in the process of breaking down especially the fat content of food during digestion.

Structure of the Gallbladder

The gallbladder can be divided into three different sections: fundus, body, and neck. The fundus is recognizable as the pear-shaped rounded base and typically peeks out beyond the lower part of the liver and is in contact with the abdominal wall. The body of the gallbladder is the middle and largest section and is either in contact with or embedded in an indentation in the liver. The body then tapers off into the neck of the gallbladder; this eventually narrows into the cystic duct and is connected to the common hepatic duct.

Function of the Gallbladder

The liver and gallbladder are part of the biliary tract (or hepatobiliary system), the tree-like network of ducts by which bile is produced, stored, and secreted. Bile is initially generated by cells in the liver and flows out through the left and right hepatic ducts, which are eventually joined together as the common hepatic duct. The common hepatic duct then joins the cystic duct, where it stores about 50% of the bile and becomes more concentrated. The rest of the bile continues along the common bile duct until it joins with the pancreatic duct at the ampulla of Vater.

As bile gathers in the gallbladder, much of the water content is reabsorbed into the body, leaving bile acids and cholesterol. This concentrated version remains in the gallbladder until it is needed for digestion. When fats or proteins are detected in the digestive system, a hormone called cholecystokinin is released that causes the neck of the gallbladder to relax and peristalsis to push bile back out through the cystic duct and down the common bile duct. The muscular valve called the sphincter of Oddi controls the flow of bile into the duodenum, the first section of the small intestine. Bile and pancreatic juices interact with partially digested food from the stomach (chyme) and help break it down further so that nutrients can be absorbed by the intestinal lining.

Common Problems in the Gallbladder

Since the gallbladder is a relatively simple organ with only one main purpose, there are a somewhat limited array of potential problems. The majority of symptoms and complications related to the gallbladder are usually associated with some kind of disruption to the hormones that trigger the release of bile or an obstruction in any of the many ducts that make up the biliary system. Below are some of the most common examples of gallbladder disease:

Gallstones are fairly common in the United States and around the world; it is estimated that about 10% of the population at large and 20% of the population over the age of 65 are affected. Many people develop gallstones without even being aware, and it’s usually only around 20% of those diagnosed who actually require treatment. As noted above, gallstone disease is not only the most common gallbladder-related problem but is also the cause of most other conditions that affect the organ.

Doctors aren’t totally sure about the precise cause of gallstones, but too much cholesterol or bilirubin is the basic mechanism. Being overweight or having a diet high in cholesterol may be a risk factor because of increased cholesterol in the body. Conditions like cirrhosis and blood disorders can also cause the liver to produce excess bilirubin. There also seems to be a connection between the development of gallstones and the inability of the gallbladder to regularly empty all the way; this leaves extra-concentrated bile in the gallbladder that may make stones more likely to form.

Most people will have one or more gallstones and be totally oblivious because there are no symptoms. For those who do have symptoms, that means the stones are already present in the hepatobiliary system; while they could pass successfully on their own, most doctors don’t want to take the chance because of the potential for complications. There are a few medications available that can help dissolve the gallstones, but it tends to take a long time and isn’t a good option for most patients.

The most common treatment for gallstones is cholecystectomy, a gallbladder surgery that permanently removes the entire gallbladder. According to the National Institute of Diabetes and Digestive and Kidney Diseases (a division of the NIH), gallbladder removal via laparoscopic cholecystectomy is the standard treatment. This involves the surgeon making small incisions in the abdomen for the laparoscope in lieu of open surgery. This kind of surgery is also the most common of any kind of surgery performed in the U.S.

In recent years, however, a variety of non-surgical options have become available. One example is endoscopic retrograde cholangiopancreatography (ERCP). In ERCP, an endoscope is used to reach the duodenum (usually in conjunction with an X-ray or other imaging test) and then a small catheter enters the biliary ducts to clear any blockages. A more recently developed option is called shock wave lithotripsy; this procedure is non-invasive and uses shockwaves outside the body to break up gallstones inside the body.

What Are Symptoms of a Gallbladder Problem?

The possible symptoms of a gallbladder condition are of course mainly dependent on the specific problem, but the nature of the organ and its function narrow the possibilities. As noted above, most problems stem from a gallstone or some other disruption in the flow of bile. Below are some symptoms that are common to most gallbladder issues:

The gallbladder is a very small organ, but it just so happens to play an important role in the digestive process. Problems with the gallbladder are rare, but they can be very painful very quickly if they happen to you. If you’ve been experiencing any of the symptoms listed above and think you might have gallstones or some other condition, contact us today at Cary Gastro to request an appointment. Our friendly and professional staff are here to help you get the best digestive healthcare.