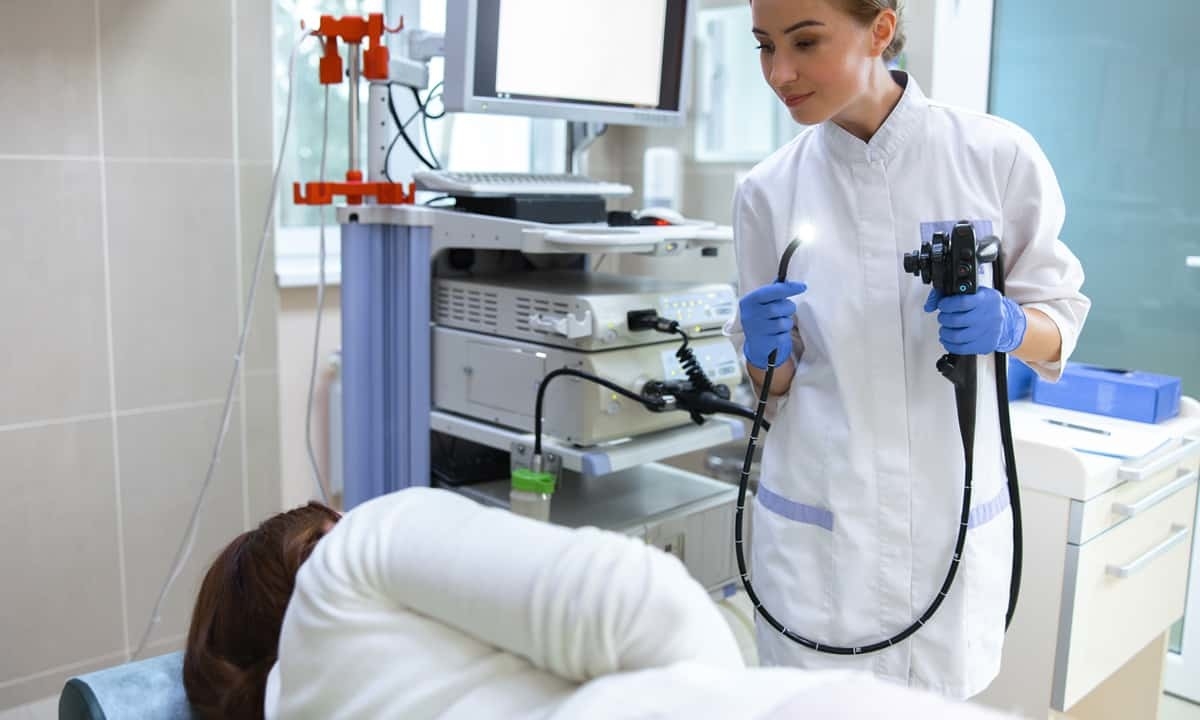 The ailments associated with the gastrointestinal system are sometimes hard to diagnose because of how many share similar symptoms. Diarrhea, for example, could indicate something as benign as a mild stomach bug or something more serious, such as a chronic digestive disorder. The same can be said of other common problems like constipation or bloating. It’s these shared symptoms that require gastroenterologists to rely on different types of diagnostic tools to really get to the bottom of the problem.

Indeed, as the understanding of various digestive conditions continues to evolve, doctors have had to develop new tools that are more advanced and specialized. The use of these diagnostic tools is especially welcome for diseases that affect the pancreas, an organ that performs multiple functions and is even part of two different body systems (digestive and endocrine systems). For diseases of the pancreatic and biliary duct systems, doctors have developed a unique tool: ERCP.

ERCP is a short and useful acronym for the term endoscopic retrograde cholangiopancreatography. This complex-sounding term refers to a procedure that is used to acquire images of the pancreatic ducts via endoscopy. An endoscope is the general term for a device with a camera at the end of a long, flexible tube that is inserted into the body such as in a colonoscopy.

With ERCP, the procedure combines endoscopy with fluoroscopy, another imaging technique that utilizes X-rays to get a more comprehensive look at the functioning of the pancreatic ducts. After the endoscope is inserted through the stomach and the duodenum, a radiographic fluid is injected. This contrast dye permeates the pancreatic ducts and allows subsequent X-rays to get a clear picture of the ductal systems and highlight any problem areas. In addition to a camera, the endoscope also has small tools mounted on the end that can be used therapeutically for diagnosis.

What is the Function of the Pancreas?

In order to really understand the purpose of the ERCP procedure and the types of conditions it aims to illuminate, it’s necessary to understand something about the function of the pancreas and bile ducts. As noted earlier, the pancreas plays a role in both the digestive and endocrine systems. In terms of the endocrine system, the pancreas is mainly responsible for helping to regulate blood sugar levels. By contrast, in the digestive system, the pancreas contributes a substance known as pancreatic juice that is critically important in breaking down food in the small intestine.

The digestion process begins once food enters the mouth; the chewed food enters the stomach through the esophagus. Once in the stomach, various digestive juices combine with a series of contractions called peristalsis to break down the food into a more easily digestible form. It is the juices from the pancreas (as well as the liver and other organs) that contains the enzymes that break down foods into substances that can be absorbed and used for various bodily functions.

Why Would I Need an ERCP?

The body’s process of secreting digestive juices is one of the elements of the digestive system where potential problems can arise. One common problem that can affect the smooth functioning of the biliary ducts is the formation of gallstones. The gallbladder is a small organ that is primarily responsible for holding the bile secreted by the liver, but changes in bile composition can lead to the formation of stones. If they get too big, these stones can actually block the bile ducts and cause a variety of problems.

A gallstone-related blockage is one of numerous reasons for a doctor to order an ERCP test. In general, some kind of suspected blockage of or narrowing of the pancreatic or biliary ducts is the typical reason, but there are a number of potential conditions the tool might be useful in sussing out:

ERCP is a relatively safe procedure, but there are potential complications like infection, inflammation, or even (though rare) intestinal perforation. The ERCP is often, therefore, not the first imaging test a doctor will turn to; endoscopic ultrasound, MRI (magnetic resonance imaging), and MRCP (magnetic retrograde cholangiopancreatography) are all potential alternatives prior to a need being established for an ERCP.

What to Expect from the Procedure

Like most endoscopic procedures, ERCP is relatively simple and is usually done as an outpatient procedure. In normal circumstances, the doctor will first provide a sedative delivered intravenously that will promote relaxation; depending on the patient’s circumstances, the doctor may use full sedation or conscious sedation. The patient will also be given an anesthetic fluid that will help ease the flexible endoscope tube down the throat.

In the past, ERCP was used primarily for diagnosis, so once the dye was injected, the scope was removed and treatment options would then be discussed with the patient. In recent years, though, more often the doctor is able to immediately treat any problems that are treatable with the tools attached to the endoscope. Depending on what the doctor finds, there are several options for how to proceed:

What Preparation is Needed for ERCP?

As a primarily outpatient procedure, the preparation for an ERCP is relatively straightforward. Most of the time the biggest concern is related to the drowsiness associated with the sedative; for this reason the patient needs to have a plan for getting home since driving can be hazardous under the influence of a sedative. Any other preparation will vary depending on the patient’s medical history and the underlying reason for needing the ERCP. For example, the doctor may direct the patient to cease medications that may interfere with the sedative.

ERCP, like most endoscopic procedures, is overall safe and shouldn’t be a cause for concern; usually only about 5% of patients have any complications. The most common complication that can arise is pancreatitis, an inflammation of the pancreas that is easily treated with over-the-counter pain relievers like naproxen or ibuprofen.

The other potential complications of ERCP include bile duct or gallbladder infections; sometimes the endoscope itself is unknowingly contaminated with bacteria. Additionally, some patients have reported bleeding or an allergic reaction to the sedatives. It is also possible for the endoscope to cause a perforation in the areas where it is moved around, but that is also a very rare occurrence.

As medical science continues to improve, already safe procedures like ERCP have become even safer and more reliable. While there are no specific symptoms that would directly lead to a doctor recommending ERCP, it is generally advisable to be aware of ongoing gastrointestinal symptoms. If you have been experiencing any digestive distress and would like to speak with a dedicated healthcare professional, contact Cary Gastroenterology Associates today to make an appointment.