Cary Gastroenterology Associates | Where Do Hiccups Come From? 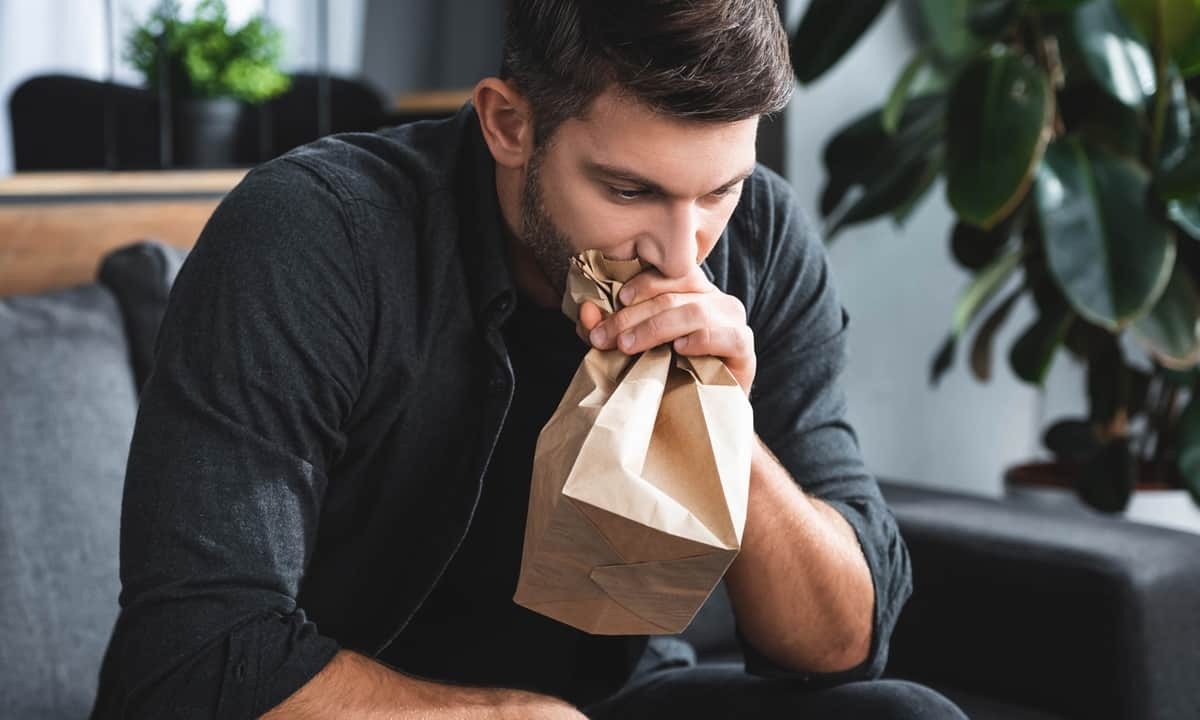 If you’re a human living on this planet, you’ve probably had hiccups countless times throughout your life. As universal as this bizarre little sensation is, though, not much is known about how prevalent it actually is in the general population. For most people, hiccups are a temporary annoyance that will go away on their own after a while; of course, that hasn’t stopped people of all ages from devising elaborate strategies that promise to bring immediate relief. So why do hiccups happen and how do you make them go away?

The formal scientific name for hiccups is singultus, derived from a Latin word that means “to catch one’s breath while sobbing.” Because we hear the familiar sound of hiccupping emanating from the mouth, it’s natural to think that it’s caused by something happening in the mouth. In actuality, though, the source of hiccups is the diaphragm, a sheet of skeletal muscle that separates the thoracic cavity from the abdominal cavity and provides some support for the internal organs. The diaphragm’s main purpose is to expand and contract in order to assist with respiration.

During normal respiration, the dome-shaped diaphragm contracts and flattens in order to enlarge the chest cavity (aided by the intercostal muscles that surround the ribs); the contraction essentially creates a vacuum that pulls air into the lungs. Exhalation then occurs when the diaphragm relaxes, causing the chest cavity to contract and push the air back out. Most of the time breathing is an autonomic action governed by the central nervous system that is needed to maintain oxygenated blood.

When people get a case of hiccups (or hiccoughs, as it was once spelled), however, involuntary spasms of the diaphragm cause air to rush into the lungs. These spasms are quickly followed by the closure of the glottis, the narrow opening between the vocal cords. The rapid closure of the glottis is what causes the “hic” sound we associate with hiccups. When hiccupping starts, it tends to carry on for several minutes or longer, depending on the person. Though doctors don’t really know why, the frequency and rate appear to be unique to an individual.

The root cause of hiccups is not currently known, but research has indicated that the repetitive, synchronized actions of the diaphragm, intercostal muscles, and vocal cords are related to activity in the spinal cord. Signals from the brain travel through the spinal cord to the phrenic nerve, a sensory nerve that is known to control the diaphragm. It is thought that disruption to or irritation of the nerves along this pathway may be responsible for causing the initial involuntary spasm of the diaphragm that begins the cycle of hiccupping.

What can cause such disruptions in the first place? The truth is that there are many different possible causes that can be physical, biological, or even emotional. Almost anything that can disrupt the phrenic nerve can potentially cause hiccups. Hiccups that last less than a day or so are typically caused by stress or excitement or something related to eating or drinking; diet-related examples include spicy foods, carbonated beverages, alcohol, chewing gum, sucking on hard candy, or simply eating too much food in a sitting. It’s also possible to get the hiccups simply from swallowing a lot of air (as in eating too quickly) or laughing too hard.

A bout of hiccups that lasts longer than a day or two is rarer, but it may actually be an indicator of a more serious condition. Because there are many kinds of medical conditions that can affect the nervous system or the muscles that control breathing, there are likewise many possible causes of chronic hiccups (also known as intractable hiccups). Below are some common examples:

How to Stop Hiccups

There are perhaps almost as many alleged cures for the hiccups as there are people who have had hiccups. There is very little scientific evidence for many of these home remedies (like asking someone to scare you when you’re not expecting it or swallowing granulated sugar), but that hasn’t stopped them from hanging around. There is some evidence for holding your breath or breathing into a paper bag, however; in both cases a build up of carbon dioxide is thought to relax the diaphragm and thereby end the cycle of hiccupping.

For cases of intractable hiccups that last longer or are persistent over time, the cause is usually related to an underlying condition. As a result, treatment is typically focused on treatment options or cures for the underlying condition; at that point the hiccups should resolve themselves. For severe cases, however, there are some medications that doctors have prescribed: chlorpromazine, metoclopramide, gabapentin, and baclofen are examples. In these rare cases, medical treatment may become a necessity; over time, long-term hiccups can cause problems with eating, sleeping, and even social interactions.

Some home remedies may work for some people, but even if they don’t, most cases of hiccups simply go away after some time. If you have been having persistent problems with hiccups over a longer time frame, it could be a sign of a deeper medical problem; you may even have other symptoms present. Because hiccupping can, in rare cases, be symptomatic of a stroke, you should seek help from a healthcare provider right away if you also have a headache, feel numbness, or have trouble keeping your balance.

As noted above, there are many possible causes of both temporary and intractable hiccups. However, some of the most common underlying causes are related to gastroenterology. In fact, hiccups are a fairly normal symptom for patients with GERD, one of the most common gastrointestinal conditions in the United States. If you’ve been having problems with persistent hiccups, or if you have other questions about your gastrointestinal health, please contact us at Cary Gastro to request an appointment.